By: Weekly MD Team
In: Asthma 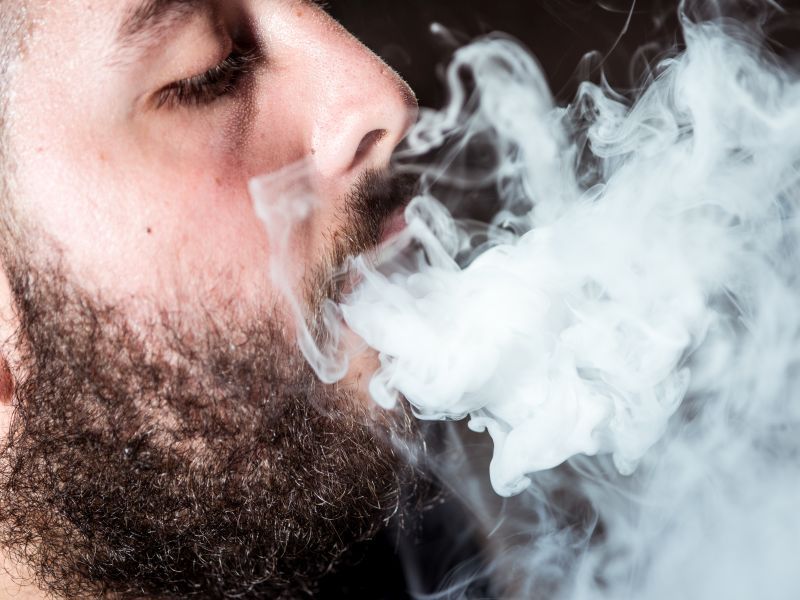 FRIDAY, April 23, 2021 (HealthDay News) — Vaping liquids made in illicit “garage labs” in Appalachia could be proving deadly for some users, new research suggests.

They’re one reason why e-cigarette users in rural Appalachia have a higher risk of severe lung injury than those in urban areas, according to the study.

It included 17 patients from rural areas of Appalachia who were admitted to West Virginia University hospitals with EVALI (electronic cigarettes and vaping-associated lung injury) from August 2019 to March 2020.

EVALI was first identified by the U.S. Centers for Disease Control and Prevention in 2019. That year, nearly 2,300 Americans, many of them young, were sickened and 47 died from the mysterious and dangerous lung illness tied to vaping.

Compared to other EVALI studies conducted in cities, patients in this study were older, had a higher amount of illicit drug use and were much sicker. Their median age was 33, compared to 23 in a large national study.

“We were the first ones to show that there was high correlation of volatile organic compounds, specifically in patients who were really sick,” said study author Dr. Sunil Sharma, section chief of pulmonary/critical care and sleep medicine at West Virginia University School of Medicine.

“Inhaling all these volatile organic compounds into your lungs at high temperatures, producing these really toxic gaseous compounds, can cause chemical burns in your lungs,” Sharma said in a university news release.

Moreover, the high VOC levels may be linked to the production of some e-liquids in local “garage labs,” according to the researchers.

“Volatile organic compounds are very common,” Sharma said. “They are very easily acquired, and they are cheap. And we found that there’s a regional flavor to each one of the e-liquids, depending on what their garage labs have access to, what they think is cheaper and how it’s made.”

He noted that other factors also increase the risk of lung injury from vaping. These include the type of device or technique used to vape, the ratio of propylene glycol and vegetable glycol used as the e-liquid base, what flavors were added, patient age, and if the patient uses other drugs.

The study was published in the journal Hospital Practice.

“One of the real lessons we learned is we can’t take data from urban centers and apply them to rural,” Sharma said. “We could be different, and we physicians need to treat the way that the science is showing in our areas.”

The U.S. National Institutes of Health has more on the risks of vaping.