Diagnosed with stage 4 lung cancer back in 2016, the 56-year-old South Carolina resident says there are a lot of reasons to be optimistic as the “narrative of lung cancer changes from being a horrific, terminal disease to a chronic disease and, ultimately, to a cure.”

Still, he remains clear-eyed about the challenges he faces.

And as a late-stage patient, Smith knows that he’s also fighting long odds. “I have stage 4 lung cancer. And the five-year survival rate is just 3% to 7%,” he noted.

“‘So why are you still here?’; I get that question a lot,” said Smith. “And I don’t have a good answer. All I can say is that medical innovation has improved. A lot. And I’m stubborn. I follow the directions of my doctor. I go to check-ups. I go to follow-ups. I eat healthy. And I’m physically active.”

Patients like Smith are becoming the norm, according to the American Lung Association. Significant improvements in both screening and treatment have meant that, over the last decade, the chance that a new patient will survive at least five years following a lung cancer diagnosis has shot up by a remarkable 33%.

Much of that is due to the development of personalized targeted treatments and immunotherapies that hone in on the particulars of each patient’s cancer.

Daniel Jason is national director of marketing and communications at the American Lung Association. “In the past five years alone, we’ve seen more than 40 new therapies approved by the U.S. Food and Drug Administration to treat lung cancer, enabling more patients to live longer and thrive,” Jason noted.

And that means that “today, there is tremendous hope for those impacted by lung cancer and their families,” he said. 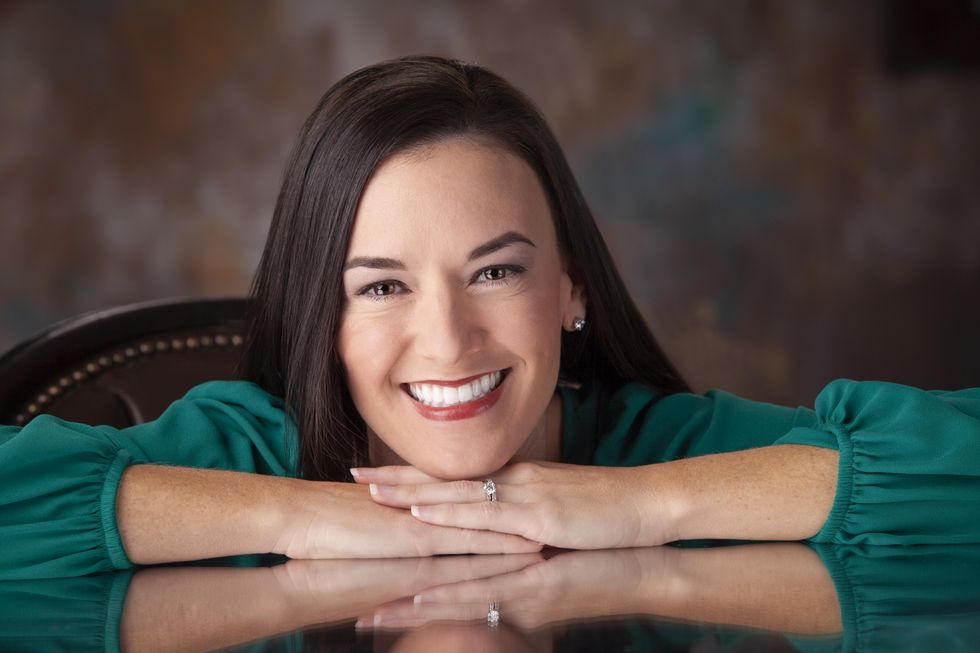 “There is a lot of hope on the horizon,” said Stringer, an electric utility compliance manager from Edmond, Okla.

In what she chalks up to a twist of fortune, the young mother of two was “accidentally” diagnosed with stage 1 non-small cell lung cancer at just 34, after seeking care for what turned out to be an unrelated issue.

Yet “hope” seems to be Stringer’s byword, despite a long and difficult battle to gain control over her disease.

Up first was surgery to remove the upper lobe of her left lung; since then, the now 38-year-old has experienced two recurrences, leading to several bouts of radiation. “And shortly, I’ll be going down to M.D. Anderson in Houston to get another biopsy because, unfortunately, we believe there is another recurrence,” she said.

“However, there is hope,” Stringer reiterated. In her case, she explained, her tumors were found to feature a specific protein mutation called EGFR (epidermal growth factor receptor). And EGFR is one of the so-called biomarkers that some of the new targeted lung cancer therapies are designed to attack.

“There are several of those drugs already on the market,” Stringer said. “They’re very effective. And there’s constantly new ones coming. Which is great. So, there is hope.”

But beating lung cancer isn’t the only thing patients have to face: Stigma surrounding the disease, which many believe only strikes smokers, is still strong, and many believe chances of early detection and survival are slim.

Many don’t know early screening can make a difference

So, Smith has made it his mission to advocate for lung cancer patients while increasing awareness and correcting misconceptions about the disease.

According to a new lung association survey, it’s the kind of effort that’s sorely needed.

Among 4,000 participants in the Lung Health Barometer survey, only about three in 10 said they knew that lung cancer is the leading cause of cancer death in the United States. And only just over one-third said they knew that early detection screenings — such as low-dose CT scans — are even available.

That may explain why only about one-fifth of lung cancer cases get diagnosed at an early stage, even though early detection can lower the death rate among an estimated 14.2 million “high-risk” Americans by as much as 20%.

All of that amounts to a big missed opportunity, Stringer noted, because “lung cancer is not necessarily a death sentence, particularly if you catch it early. Really, early detection is key. Finding it early equals better outcomes. And there are plenty of screening options available, many of them no- or low-cost.”

And that’s something that should be on the radar of all Americans, Smith and Stringer stressed, not just smokers. Because despite the deeply entrenched notion that only smokers get lung cancer, both Smith and Stringer are the exceptions: neither of them smoke.

Speaking from personal experience, Smith echoed the thought. “If you have lungs,” he said, “you can get lung cancer.”

There’s more on lung cancer at the American Lung Association.