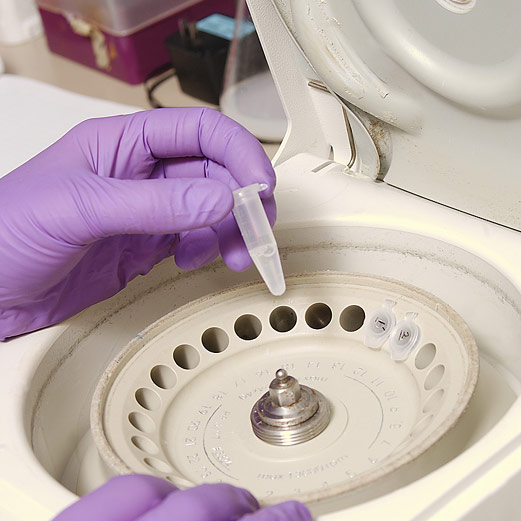 TUESDAY, Sept. 17 (HealthDay News) — Some women who take tamoxifen to treat or prevent breast cancer report experiencing a mental fogginess while on the drug, and researchers have now confirmed that there’s a biological basis for those symptoms.

The researchers were able to isolate the cells in the human brain and nervous system that are harmed by tamoxifen therapy. And, in a second phase of the study conducted with mice, they were also able to find a different drug that could protect healthy cells from tamoxifen toxicity while offering no protection to cancer cells.

“Patients aren’t always taken seriously when they report these mental side effects, but now we can say this is an organic syndrome to which we have to pay attention,” said Mark Noble, senior study author.

“And, now we know there are paths to protection. This is not a hopeless situation,” added Noble, a professor of biomedical genetics, and director of the University of Rochester Stem Cell and Regenerative Medicine Institute, in Rochester, N.Y.

Tamoxifen works by blocking the action of estrogen in breast tissue, which keeps estrogen-sensitive breast cancers from growing, according to the U.S. National Cancer Institute. Compared to other forms of cancer treatments, it has relatively few serious side effects. However, in some women who take it, tamoxifen causes problems with thinking.

One expert was pleased to see new scientific support for what she’s observed in her clinical practice.

“There is a subset of women who report this mental fog while on tamoxifen. Often, this improves over time. They initially experience this very noticeable side effect, but then it improves. We often tell women to try to stick it out because it may get better,” said Dr. Jane Carleton, a breast cancer specialist at the North Shore-LIJ Cancer Institute in Lake Success, N.Y., who was not involved with the new study.

“Every time we can improve quality of life and still treat cancer, it’s a win,” she said, but noted that it would still be years before this drug might be available.

For the study, Noble and his research team first sought to identify whether brain and central nervous system cells were sensitive to tamoxifen. They found one type of cell that was particularly vulnerable to the drug. After just two days of exposure to tamoxifen at levels similar to those someone in treatment would receive, 75 percent of these cells died.

The next step was to try to find a medication that could protect these cells from tamoxifen while still allowing the drug to keep its cancer-fighting ability. The researchers reviewed data on drugs that were already approved for use in humans or that were in clinical trials.

Noble said by looking at these types of drugs, they could save time because they already know that such drugs work in the body and that they’re not toxic. They found one drug, currently called AZD6244, that protected the brain cells of mice against tamoxifen in their own study.

Scientists note, however, that research with animals often fails to provide similar results in humans.

“AZD6244 is being studied for cancer therapy. It protects normal cells, but it doesn’t protect cancer cells. It may even make cancer cells more sensitive to some types of therapies,” Noble said.

Noble said this work needs to be replicated by other researchers, and added that “it’s essential that we find ways of treating cancer without causing this type of damage.”

Results of the study were published online Sept. 17 in the Journal of Neuroscience.

Learn more about tamoxifen and other hormone therapies for cancer from the U.S. National Cancer Institute.