Good News for Caregivers: You May Live Longer 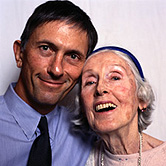 The study found that caregivers assisting chronically ill or disabled family members had an 18 percent lower death rate than similar people who were non-caregivers, which translated to a nine-month extension in life expectancy over the six-year study period.

However, the research did not delve into the types of tasks caregivers provided, and the study authors said the analysis could not rule out the possibility that some groups of caregivers — especially those immersed in highly stressful caregiving scenarios — might be more vulnerable to higher death risks.

“People should feel encouraged and empowered to be caregivers for their families,” said study first author David Roth, director of the Johns Hopkins University Center on Aging and Health, in Baltimore. “Some previous [research] literature may have oversold the scary or stressful aspects of it. Other studies suggest that it’s not so much the caregiving [that is linked to earlier death], but the distress caregivers feel when they have a loved one who is ill or in pain.”

The study, funded by the U.S. National Institute of Neurological Disorders and Stroke and the U.S. Department of Health and Human Services, was published online recently in the American Journal of Epidemiology.

More than 34 million unpaid caregivers provide care to an adult who is ill or has a disability, according to the U.S. Centers for Disease Control and Prevention. About 83 percent are family caregivers, unpaid individuals providing care for a relative.

Roth and his team analyzed information originally gathered for a larger study on the excess stroke risk among black people aged 45 and up living in the nation’s “stroke belt” in the Southeast. Roth and his colleagues examined whether 3,500 family caregivers from that study exhibited differences in death rates over six years compared to the same number of non-caregivers who were matched on demographics, health history, health behavior and a dozen other common variables.

The survival benefit found among caregivers was consistent among all subgroups — even spouse caregivers, who have been particularly singled out in prior research as having elevated death risks.

Roth said that the notion of caregiving conferring health benefits is logical when caregiving is done willingly and at manageable levels for individuals who are capable of expressing gratitude for the care.

“I think most of the [scientific] literature that finds caregiving to be very bad for health is for dementia patients, and a lot of times, spouses,” he said, adding that his research was population-based instead of focusing on specific groups. While Roth’s study linked caregiving to lower death rates, it did not prove a cause-and-effect relationship.

Kathleen Kelly, executive director of the National Center on Caregiving and the Family Caregiver Alliance, said she agrees that many positive aspects of caregiving can translate into health effects.

“I’m not surprised by the findings on the positive side of the ledger, so to speak, because I do think there’s satisfaction for caregivers who provide assistance to their relatives,” she said. “It ties into reciprocity and responsibility. Also, depending on the age of the caregiver, they may have a high degree of purpose and connectedness in their activities. All of this could lead to a higher degree of health because you’re active and engaged.”

Kelly cautioned, however, that the health effects of caregiving may change drastically when the person being cared for has a condition requiring constant care, such as dementia, and cannot express gratitude to caregivers.

“The role is really murky once you’re providing personal care, like in the bathroom,” she said. “When you’re talking about heavy-duty medical care, it really does change. The study makes a lot of really interesting points, but we also need to take into consideration folks dealing with very difficult and demanding 24/7 kinds of scenarios.”

The Caregiver Action Network has more about the economics of caregiving.