Late Bedtimes Could Raise Your Odds for Diabetes, Heart Trouble

By: Exporter
In: Diabetes, Sleep Disorders 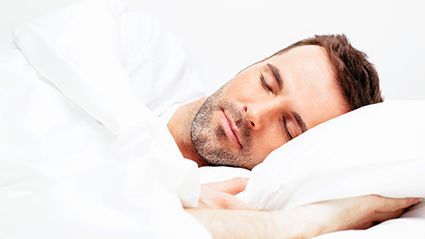 WEDNESDAY, Sept. 21, 2022 (HealthDay News) — If you’re constantly burning the midnight oil, you may be setting yourself up for type 2 diabetes and heart disease.

When compared with folks who go to bed early and wake with the sun, night owls are more likely to be insulin-resistant, a new study finds. When the body doesn’t respond well to the hormone insulin, blood sugar can build up in your bloodstream, eventually leading to type 2 diabetes.

What’s more, “night owls” get less exercise and burn less fat than “early birds,” allowing fat to build up in the bloodstream, which can set the stage for heart disease.

The study demonstrates the importance of the timing of sleep in addition to duration and quality of sleep, said Dr. Seema Khosla. She is medical director for the North Dakota Center for Sleep in Fargo, and chair of the American Academy of Sleep Medicine Public Awareness and Advocacy Committee.

For the study, 51 people without heart disease or diabetes were categorized as night owls or early birds based on their natural sleep cycle, or chronotype. Study participants ate a controlled diet and fasted overnight while their activity levels were monitored for a week. The researchers also measured insulin sensitivity and took breath samples to analyze how well folks used fat and carbohydrates for fuel.

Early birds were less likely to become insulin-resistant, and they used more fat for energy at rest and during exercise than night owls, the study findings showed.

What you can do

Night owls can take steps to improve their health and sleep habits, said study co-author Steven Malin, an associate professor in the department of kinesiology and health at Rutgers University in New Brunswick, N.J.

“People who are late chronotypes who wish to try and align their body with work schedules and so forth can take small steps toward shifting to be an early bird,” Malin said. “Go to bed 15 minutes earlier and wake up 15 minutes earlier, [and] in time depending on how things are going, this can expand another 15-minute window,” he suggested.

Another tip? Get outside when the sun is shining as this can prompt your body’s circadian system to reset. Circadian rhythm is your 24-hour internal clock that controls the release of the hormone melatonin to encourage sleep.

The study was published online Sept. 19 in the journal Experimental Physiology.

“Respecting our circadian rhythms is important, but so is recognizing when we are creating more issues with sleep deprivation and bedtime procrastination,” said Khosla, who wasn’t involved in the study.

“While this research certainly is interesting, there is still much to understand about how chronotypes impact health,” she said.

Poorly timed sleep is compounded when you don’t get enough sleep, added Dr. Alon Avidan. He’s the director of the University of California, Los Angeles Sleep Disorders Center and played no role in the study.

“When night owls have to wake up early to get to work or take their kids to school, they end up not getting enough sleep,” Avidan said. Lack of sleep sets the stage for memory and thinking issues on top of the other health risks associated with being a night owl, he explained.

“Sleep duration and sleep regularity are important,” Avidan said. “This means going to bed and waking up when it coincides with the dark-light cycle where you are and getting 7 to 8 hours of sleep each night.”

Sleep chronotypes aren’t set in stone, said another expert who was not involved with the study.

Change yours by aiming for consistent, uninterrupted sleep, even on the weekend, said Joseph Henson, a research associate at the University of Leicester in the United Kingdom.

Consider eating breakfast as soon as you get up and try to eat lunch at the same time every day, Henson said. Get as much natural light in the morning as possible and try exercising in the morning, he advised.

“Carefully monitor your caffeine intake and try to avoid consuming large amounts in the hours before bed, and avoid eating your main meal late in the evening,” Henson said.

Make sure your bedroom is quiet, dark, relaxing and at a comfortable temperature, he added.

The U.S. Centers for Disease Control and Prevention has more on the link between diabetes and sleep.