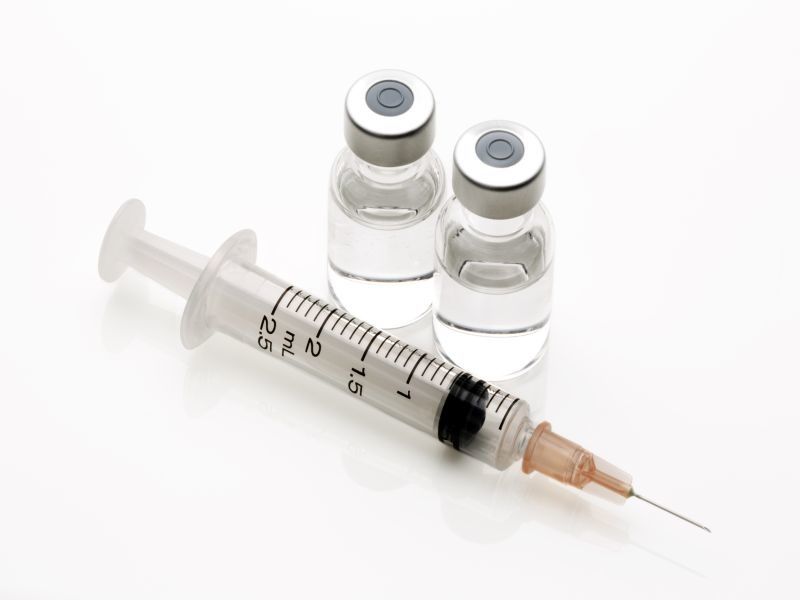 WEDNESDAY, April 28, 2021 (HealthDay News) — There’s some sobering news for the millions of Americans who skipped their second coronavirus vaccine dose: Doing so could greatly reduce their odds of avoiding severe illness.

“The take-home is that two doses are clearly better than one. Skipping the second dose can mean life or death. It’s just not worth it,” said Dr. Robert Glatter, an emergency medicine physician at Lenox Hill Hospital in New York City.

“While it’s not uncommon to experience malaise, slight fatigue or arm discomfort after having the first vaccine, it should not be a reason to forgo the second vaccine,” Glatter added. “These are signs that the vaccine is working and your immune system is responding appropriately.”

However, the new data arrives just days after media reports of a troubling trend: Nearly one in 10 (8%) of Americans who got their first dose of the Pfizer or Moderna vaccines are not returning for their second shot.

“I’m very worried, because you need that second dose,” Dr. Paul Offit, a professor at the University of Pennsylvania and a member of the U.S. Food and Drug Administration’s vaccine advisory panel, told The New York Times.

Compared with the two-dose regimen, a single shot triggers a weaker immune response and may leave some people more susceptible to dangerous virus variants. That seems to be borne out by the new study, which was led by Dr. Mark Tenforde, of the U.S. Centers for Disease Control and Prevention’s COVID-19 Response Team.

And though a single dose provides some protection against COVID-19, experts say it’s not clear how long that protection will last.

The new study tracked outcomes for 417 adults aged 65 or older who’d been admitted to one of 24 hospitals across 14 states between January and the end of March of this year.

“Patients or [their] proxies were asked about SARS-CoV-2 vaccination history, including number of doses, dates and location of vaccination,” along with any documentation confirming vaccination, Tenforde’s group said.

Besides confirming the effectiveness of two doses of the mRNA COVID-19 vaccines in keeping folks out of the hospital, the study also showed that people are not well-protected unless they are at least 14 days out from their first dose.

“There was no significant effect for receiving the first dose of a two-dose COVID-19 vaccine series within 14 days before illness onset,” the team noted.

Overall, the findings “suggest that continuing to rapidly vaccinate U.S. adults against COVID-19 will likely have a marked impact on COVID-19 hospitalizations,” the CDC team said.

Dr. Eric Cioe-Peña, director of Global Health at Northwell Health in New Hyde Park, N.Y., agreed. He said the study “again confirms the efficacy of these vaccines. It takes a deadly infection and makes it much less so, and that makes it a game-changer.”

But getting that second dose of vaccine is crucial. Public health officials have worried from the start that it would be hard to get everyone to come back for their second shot, and now some state officials are scrambling to keep the tally of partially vaccinated people from swelling.

According to the Times, in Arkansas and Illinois, health officials have directed teams to call, text or send letters to people to remind them to get their second shots. In Pennsylvania, officials are trying to ensure that college students can get their second shots after they leave campus for the summer. South Carolina has allocated several thousand doses specifically for people who are overdue for their second shot.

Why the missed second shots?

Some said they feared the side effects, which can include flu-like symptoms, while others said they felt they were sufficiently protected with a single shot. But a surprising hurdle has also surfaced: A number of vaccine providers have canceled second-dose appointments because they ran out of supply or didn’t have the right brand in stock, the Times reported. Walgreens, one of the biggest vaccine providers in the United States, sent some people who got a first shot of the Pfizer or Moderna vaccine to get their second doses at pharmacies that only had the other vaccine on hand, the newspaper said. Several Walgreens customers said they scrambled to get the correct second dose, but others likely gave up, the newspaper added.

The new study was published April 28 in the CDC’s Morbidity and Mortality Weekly Report.

Find out more about COVID-19 vaccines at the CDC.

2021-04-28
Previous Post: Gender-Affirming Surgeries Improve Mental Health in Young, Study Says
Next Post: About 1 in 7 Who Get Pfizer Vaccine Will Have Any ‘Systemic’ Side Effect: Study