Skip to content
WeeklyMD > Blog > Doctors and Health Care > Why Are ER Wait Times Getting Longer for Kids in Mental Health Crisis?

Why Are ER Wait Times Getting Longer for Kids in Mental Health Crisis? 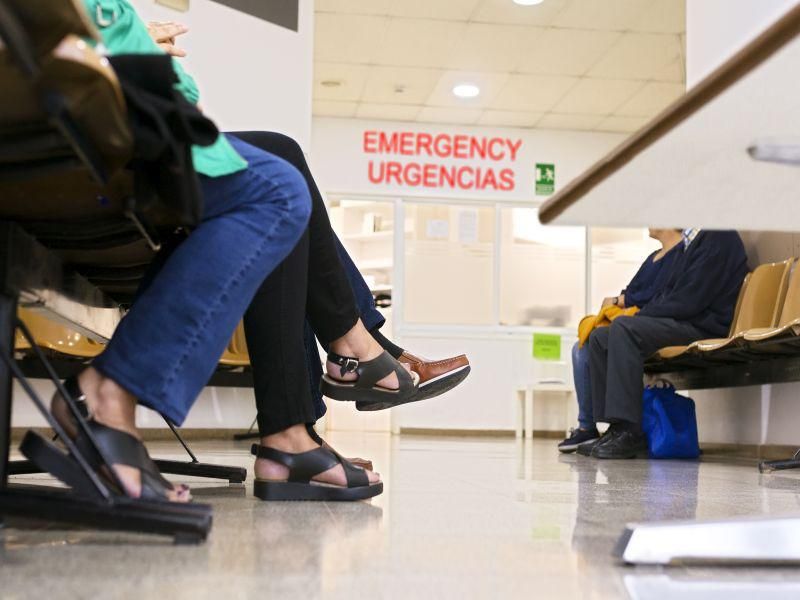 TUESDAY, April 6, 2021 (HealthDay News) — U.S. children commonly wait hours in the emergency room for help with a mental health crisis — a problem that has worsened over time, a new study finds.

Researchers found that between 2005 and 2015, prolonged ER stays became ever more common for children and teenagers in need of mental health help. By 2015, nearly one-quarter of kids were in the ER for at least six hours — up from 16% a decade prior.

Experts said the situation likely reflects a longstanding and worsening problem: The U.S. has far too few mental health providers for children.

Duckworth, who was not involved in the study, called the findings important, and said they substantiate the “crisis” the nation faces in its mental health workforce.

And the dearth of providers goes beyond rural areas and inner cities, where all types of medical care can be in short supply.

“It’s a widespread problem,” said Dr. Jennifer Hoffmann, one of the researchers on the study and an ER doctor at Lurie Children’s Hospital of Chicago.

Hoffmann said that while the study period went to 2015, the COVID-19 pandemic has only increased the demand for pediatric mental health services. At her hospital, the percentage of ER visits for mental health conditions has doubled since the start of the pandemic.

Prolonged ER visits — surpassing 12 hours in some cases — are closely linked to provider supply, both Hoffmann and Duckworth said.

Studies show that only about 10% of that time is dedicated to actual medical evaluation, Hoffmann said. Most of the ER stay is about finding a child appropriate follow-up care — either a bed if a hospital admission is necessary, or an outpatient mental health appointment.

“It can take two weeks to get an appointment, which is just not practical for these children,” Hoffmann said.

When no prompt appointment with a specialist can be found, she noted, primary care providers have been filling the void.

The findings — published April 5 in the journal Pediatrics — are based on information from a U.S. federal survey that tracks ER visits nationwide. Researchers analyzed nearly 150 million visits by children ages 6 to 17 between 2005 and 2015. More than 7 million were for mental health reasons.

Throughout that period, ER visits were longer for children with mental health needs than for kids with strictly physical diagnoses. Meanwhile, prolonged stays for mental health conditions grew increasingly common, while there was no such change for physical conditions.

Hispanic children were especially vulnerable to those marathon stays — with triple the risk facing white children.

It’s not clear why, Hoffmann said, but some familiar obstacles could be at work. Hispanic families may live in areas that are especially lacking in mental health services, while language barriers may make it difficult to find a provider.

The researchers found no link between the type of insurance a family had — private or Medicaid — and the length of ER stay.

Child mental health care is expensive, and “suboptimal” reimbursement for those services is part of the problem, according to the researchers.

Getting basic care to kids before they are in crisis is critical. Hoffmann said that expanding insurance coverage of “telehealth” services could help — as could greater investment in school-based mental health services.

But the central issue, Duckworth said, is that the professional workforce must be expanded. That includes not only child psychiatrists — whose education and training take 12 years, he noted — but also nurse practitioners, social workers and other providers trained in mental health care.

Parents who are concerned about their child’s mental health can consult their pediatrician, Hoffmann said.

She also encouraged them to “talk openly” with their kids, to assure them they have somewhere to turn.

In general, Hoffmann noted, kids tend to do better when they have limits on screen time, and get enough sleep and physical activity.

The National Alliance on Mental Illness has more on teen mental health.