Skip to content
WeeklyMD > Blog > Vitamins / Drugs > U.S. to Share Up to 60 Million Doses of AstraZeneca Vaccine With Other Countries

U.S. to Share Up to 60 Million Doses of AstraZeneca Vaccine With Other Countries 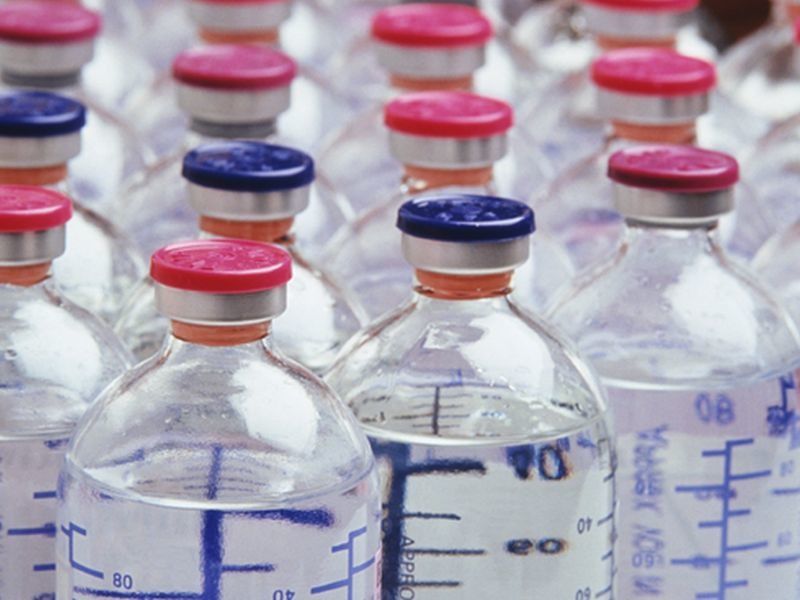 TUESDAY, April 27, 2021 (HealthDay News) — As coronavirus cases surge around the world, the White House said Monday that the United States will share up to 60 million doses of the AstraZeneca coronavirus vaccine with other countries.

The announcement came as India’s health system showed signs of collapse amid a soaring case count. The AstraZeneca vaccine will be shipped out once it clears federal safety reviews, The New York Times reported.

Biden Administration officials noted that the move will not affect the United States’ national vaccination drive.

“We do not need to use AstraZeneca in our fight against COVID,” White House press secretary Jen Psaki said during a media briefing, the Washington Post reported.

The latest decision represents a shift for the White House, which has been reluctant to make extra doses of coronavirus vaccine available in large amounts.

Unlike the Pfizer, Moderna and Johnson & Johnson vaccines, AstraZeneca’s vaccine has not yet been granted emergency use authorization by the U.S. Food and Drug Administration, and U.S. officials would not say which countries will receive it once it is approved, the Times reported.

Jen Psaki said about 10 million doses could be released “in the coming weeks” if the FDA determines that the vaccine meets “our own bar and our own guidelines,” and that another 50 million doses are in various stages of production, the Times reported.

Although many countries are desperate for vaccines, AstraZeneca’s shots may not be their first choice, as the vaccine has faced concerns about rare blood clots and its effectiveness against variants, the Post reported.

The European Union (EU) is suing the company for missed delivery targets, and South Africa stopped using the vaccine after a small trial found it was not effective against the dominant variant in the country. The EU also temporarily paused distribution of the vaccine while it investigated the blood clots associated with it, before ultimately resuming injections.

Millions of Americans have missed their second COVID shot

The number of vaccine recipients who missed their second dose now stands at nearly 8%, more than double the rate seen among people who got inoculated during the first several weeks of the national vaccine campaign, the Times reported.

Already, millions of people are wary about getting vaccinated at all, and now local health authorities are struggling to make sure that those who get their first shot also get their second.

“I’m very worried, because you need that second dose,” Dr. Paul Offit, a professor at the University of Pennsylvania and a member of the U.S. Food and Drug Administration’s vaccine advisory panel, told the Times.

Why the missed second shots?

Some said they feared the side effects, which can include flu-like symptoms, while others said they felt they were sufficiently protected with a single shot. But a surprising hurdle has also surfaced: A number of vaccine providers have canceled second-dose appointments because they ran out of supply or didn’t have the right brand in stock, the Times reported. Walgreens, one of the biggest vaccine providers in the United States, sent some people who got a first shot of the Pfizer or Moderna vaccine to get their second doses at pharmacies that only had the other vaccine on hand, the newspaper said. Several Walgreens customers said they scrambled to get the correct second dose, but others likely gave up, the newspaper added.

Public health officials had worried from the start that it would be hard to get everyone to come back for their second shot, and now some state officials are scrambling to keep the tally of partly vaccinated people from swelling.

Compared with the two-dose regimen, a single shot triggers a weaker immune response and may leave some people more susceptible to dangerous virus variants, the Times said. And though a single dose provides some protection against COVID-19, it’s not clear how long that protection will last.

While millions of Americans have missed their second shots, the overall rates of follow-through, with some 92 percent getting fully vaccinated, are strong by historical standards, the Times noted. As of Monday, over 141 million Americans had received their first shot, while nearly 96 million have gotten their second, according to the U.S. Centers for Disease Control and Prevention.

The U.S. Food and Drug Administration on Friday lifted the temporary pause it had placed on the Johnson & Johnson COVID-19 vaccine and said it will add a note to the shot’s label warning of the potential for rare blood clots.

The move came just hours after recommendations from a special panel of CDC experts supported resuming use of the vaccine.

The CDC’s Advisory Committee on Immunization Practices (ACIP) determined that the benefits of the vaccine in preventing deaths and hospitalizations far outweigh the risks of rare blood clots, risks that are mainly borne by younger women.The J&J vaccine has certain advantages over the Pfizer and Moderna shots also approved for use in the United States, because unlike those vaccines it requires only one dose and does not require super-cold storage.

The panel’s recommendation comes more than a week after the CDC pressed “pause” on the rollout of the J&J vaccine.

Just how much do the benefits of the J&J shot outweigh its risks?

In coming to its decision, the ACIP considered a risk/benefit analysis that estimates that, for every 1 million doses of the J&J vaccine administered:

The pause in use of the one-dose vaccine came after six U.S. reports of a rare but severe form of blood clot tied to use of the J&J shot, all occurring in women.

At Friday’s meeting, a CDC scientist presented nine new confirmed cases of the disorder, bringing the total to 15, the Times reported. All the cases have been in women, and 13 have been in women between the ages of 18 and 49. Three women have died from the rare clots and seven remain hospitalized, four of whom are in the intensive care unit, the CDC scientist said.

At the time of the pause, more than 7 million doses of the J&J vaccine had been administered in the United States.

Dr. Joanne Waldstreicher, chief medical officer of Johnson & Johnson, said the company has agreed with the U.S. Food and Drug Administration to add a warning label to the vaccine, which notes that “most cases” of the clotting disorder have occurred in women between the ages of 18 and 49.

Meanwhile, the U.S. coronavirus case count passed 32.1 million on Tuesday, while the death toll topped 572,700, according to a tally from Johns Hopkins University. Worldwide, 147.9 million cases had been reported by Tuesday, with over 3.1 million people dead from COVID-19.