Health Care After COVID: A New Focus on Infectious Diseases 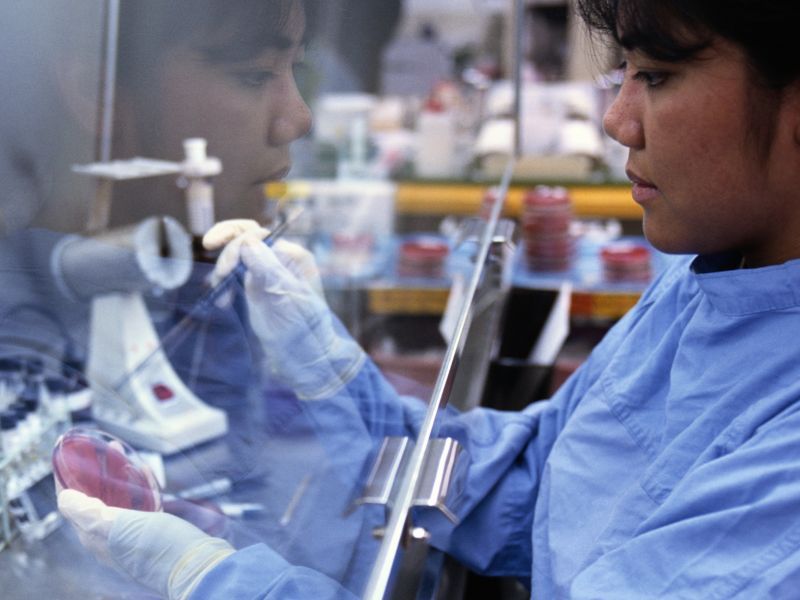 TUESDAY, Feb. 16, 2021 (HealthDay News) — When New York City was the epicenter of the coronavirus pandemic last spring in the United States, nearby Mount Sinai South Nassau hospital was treating more than 400 COVID-19 patients at one time, remembers Dr. Aaron Glatt.

Infectious disease experts had warned for years about the potential for another pandemic, yet the scale of this pandemic was unprecedented according to Glatt, who is chief of infectious diseases and an epidemiologist at the hospital.

Since then, health experts have provided guidance on wearing masks, washing hands and maintaining social distance, while many businesses and schools have gone virtual to stop the disease’s spread.

So much has changed, but has the pandemic permanently changed people?

“I certainly hope so,” Glatt said. “I think that you realize how serious an epidemic is when you see it.”

“I think the public has maybe realized that even though we’re very technologically advanced in some ways, simple blocking and tackling — washing hands, masking, social distancing — can be much more effective than some of the high-tech things that we think are always going to solve all the problems for us,” he added.

Glatt does believe some behaviors may last longer than others. There may be a role for wearing masks in the future, after COVID-19 is under control, but it may be on a crowded subway during flu season, probably not while walking down the street, he said.

People may also be more aware of not going to work sick, Glatt said.

Most people now have better understanding about how a respiratory illness is shared, which has tremendous implications for other infectious diseases like the flu, Glatt said.

“I think people will have a better appreciation for how bacteria and viruses can be spread in contact through the oral-fecal route,” Glatt said. “I think people will learn to wash their hands better, understand that just because you can’t see something doesn’t mean that it can’t be transmitted.”

A national survey from The Ohio State University Wexner Medical Center released last week found that 90% of the 2,000 Americans surveyed planned to continue frequent hand washing and sanitizer use after the pandemic was over. About 80% said they would continue to avoid crowds. About 72% would keep wearing a mask in public.

The survey suggested that these behaviors would help people with their anxiety about returning to public spaces.

One of the clearest examples of how taking measures to protect against infectious disease is effective is in the impact of that behavior on flu cases this season.

The curve is flat, said Dr. Courtney Gidengil, a senior physician policy researcher for the RAND Corp., and a pediatric infectious disease physician in Boston. Even in a delayed flu season, there should be more cases by now, she said.

“I’m sure the public is realizing that, too,” she said. “It’s not hard to draw a connection from that to people maybe seeing masks in a different light after this, when they see their kids not getting sick as often.”

Changing behaviors in response to this could mean that parents may be less likely to send kids to school who have symptoms of illness and more willing to call out others who do, Gidengil said, noting that would require a network of support that doesn’t now exist for working families.

Awareness has changed among children, too.

“We’ll probably see a future generation grow up with very ingrained and different ideas about how to keep themselves healthy and avoid infections, for better or worse,” Gidengil said. “I guess the question is how long term will those effects last?”

Before a polio vaccine was developed in the 1950s, outbreaks changed people’s habits, but that didn’t last endlessly, Gidengil said. There is a tendency to drift away from being hyperaware.

“On the other hand, we live in a very different time with social media and amplification of messaging,” Gidengil said. “A lot of this is really affecting kids in a very salient way. They’re in this very formative period in their lives.”

By late last week, the United States had more than 27 million COVID-19 cases and more than 470,000 deaths, according to the U.S. Centers for Disease Control and Prevention.

Yet, people are already seeing a path out of the pandemic.

More than 46 million doses of the Pfizer and Moderna vaccines have been administered in the United States already, and a third vaccine from Johnson & Johnson is awaiting review for emergency use from the U.S. Food and Drug Administration.

For some, vaccine hesitancy and anti-vax sentiment continue. Living through the pandemic is not likely to change the attitudes of people who are firmly anti-vaccine, said Dr. Paul Offit, director of the Vaccine Education Center and an attending physician in the division of infectious diseases at Children’s Hospital of Philadelphia.

Offit pointed to a recent protest at Dodger Stadium in Los Angeles, where protestors blocked the entrance to prevent others from getting their vaccines.

“That tells you everything you need to know about the anti-vaccine movement. For all their talk about letting people make informed choices, they were basically making a choice for the people who are trying to get a vaccine to prevent a deadly pandemic,” Offit said.

These past several months may, however, have an impact on people who were merely skeptical about vaccines.

“People are desperate for this vaccine. They see this vaccine for what it is, which is our way out of this pandemic,” Offit said.

“If we weren’t to learn from this pandemic, then I don’t know what’s going to teach us,” he added. “This virus has crushed us.”

A Gallup poll released last week found that about 71% of American adults now say they are willing to get the vaccine. That’s grown from a low of 50% in September, before any vaccines were available.

Politics, which has affected Americans’ behavior from mask wearing to social distancing, also had some impact on willingness to receive the vaccine. The poll found that 91% of Democrats expressed willingness to get the vaccine, while only 51% of Republicans did.

Gidengil said she sees parallels to the COVID-19 vaccine and past research on acceptance of the H1N1 vaccine during that 2009 pandemic. RAND found then that the biggest predictor of whether a person got that vaccine was whether they’d received a flu vaccine in years past.

“We found that, in general, once someone gets vaccinated it becomes part of their behavior,” Gidengil said. “We don’t quite know why that is, but it’s probably comfort with the experience.”

In pre-COVID 2018, Gidengil was an author on a RAND paper that asked, “Does the United States Need to Strengthen the System of Care for Infectious Diseases?”

The authors concluded there was a desperate need for such a system of care, because there’s been a dismantling and defunding of the public health infrastructure here in the United States, Gidengil said.

Until 2020, Americans’ collective memory of the threat of infectious disease was fading. Before COVID-19, the country’s most recent experience with a pandemic was during the H1N1 flu outbreak back in 2009, which killed about 12,500 people in the United States in one year, according to the CDC. Much more lethal — but also much further back in time was the devastating influenza pandemic of 1918-1919.

Ebola reached epidemic proportions in 2014 in West Africa, but only four people were ever diagnosed with the disease in the United States, according to the CDC.

But then came COVID-19. The new coronavirus pandemic has now “touched every person’s life in some way,” said Dr. Amesh Adalja, senior scholar at the Johns Hopkins Center for Health Security, in Baltimore. “Every angle of modern life has been disrupted by it. I think that they realize that it is important to think about infectious disease threats, not as something of a bygone era, but something that is a clear and present danger.”

Adalja hopes people will have gained respect for their local public health agencies and what they do to keep people healthy, and to push for them to have the resources they need.

He would also like to see people insist that the federal government has a more sustainable approach to combating infectious disease threats.

“I think that’s going to be the biggest lesson is that this is something that they should demand that the government have competence in because when you look at the pandemic, the biggest story of it is that it is a failure of government,” Adalja said. “I think that should be something that the average American person finds intolerable and demands a solution to, and holds those people who made those mistakes accountable for them.”

The U.S. Centers for Disease Control and Prevention offers expansive information on COVID-19.