Less Than a Third of Heavily Advertised Drugs Have ‘High Therapeutic Value’: Study 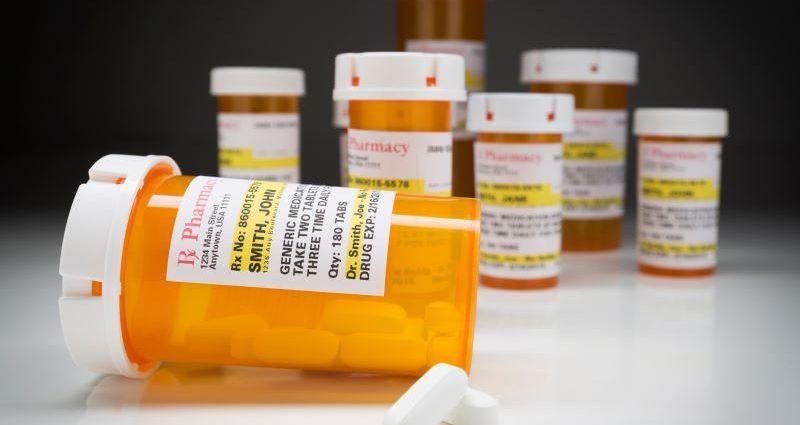 WEDNESDAY, Jan. 18, 2023 (HealthDay News) — Television ads for drugs are filled with glowing images of people living their best lives, all thanks to that new med they’ve been prescribed.

But drugs being touted on TV often have little to no benefit compared to other treatments, a new study published online Jan. 13 in JAMA Network Open finds.

Fewer than one-third of drugs commonly advertised in the United States are highly rated first-line therapies, based on regulatory reviews from three different health agencies, the researchers said.

Further, medications categorized as “low benefit” accounted for nearly $16 billion of the $22 billion in TV ad spending during the six-year study period, the results showed.

“Proponents of direct-to-consumer pharmaceutical advertising often argue that these ads have high public health value by encouraging uptake of the most therapeutically beneficial therapies. Our study pushes back against this argument,” said lead researcher Neeraj Patel, a medical student at the Yale School of Medicine in New Haven, Conn.

“Taken together with other research, our findings suggest that pharmaceutical companies focus their advertising campaigns on expensive, brand-name drugs that have low or no comparative benefit versus existing alternatives,” Patel added.

Those billions spent on advertising do pay off for drug makers.

TV drug ads reach a wide swath of Americans, and they influence a significant number to ask their doctor about one med or another, the nonprofit Kaiser Family Foundation (KFF) has found.

Nearly three out of four Americans (72%) say they’ve seen or heard an advertisement for prescription drugs, a 2018 KFF survey found.

What’s more, the ads translate into action. One in seven people said they talked to their doctor as a result of seeing a drug advertisement, and more than half of those (55%) wound up with a prescription for the medication.

“These advertisements are hitting most U.S. households, and it’s resulting in people going and talking to their doctor about the prescription drug,” said Ashley Kirzinger, director of survey methodology for the Kaiser Family Foundation. “And among that group, a large share of them say that the doctor did, in fact, give them a prescription for the drug that they asked about.”

“It’s a lot of money [spent on drugs], and it results in a lot of people getting prescriptions to medications that the JAMA authors are saying maybe aren’t that beneficial,” Kirzinger added.

For the new study, Patel and his colleagues collected monthly lists of the top-advertised drugs in the United States from an industry publication called FiercePharma. The data ran from September 2015 to August 2021.

Of the top-advertised drugs, about 32% affect the immune system to treat a wide range of ailments — everything from arthritis, psoriasis and ulcerative colitis to severe autoimmune diseases and cancer.

Another 16% of the drugs affected the digestive system and metabolism to treat conditions like diabetes, and about 14% were drugs to treat mental conditions and mood disorders.

The researchers then obtained therapeutic value ratings for each drug from health agencies in Canada, France and Germany.

“We classified a drug as ‘high benefit’ if at least one of the three [agencies] rated the drug as having at least moderate therapeutic value compared to available alternatives,” Patel said.

On the other hand, a “low-benefit” drug would be one mainly used as a back-up option if better therapies don’t work for a particular patient, he added.

Those high-rated drugs represented only about one-quarter ($6 billion) of advertising spending for the period, while the rest of the ad dollars were spent touting drugs of more questionable benefit, the researchers said.

This doesn’t mean that the advertised drugs are necessarily bad or should be avoided, Patel said.

“What our study does show is that drug companies tend to focus their advertising on drugs that are not necessarily the highest benefit drugs,” Patel said.

“One explanation for that might be that drugs with high clinical value probably don’t need much advertising because they’re probably already likely to be recognized and prescribed without the additional promotion,” Patel continued. “So, the drugs you’re seeing advertised on TV aren’t necessarily the biggest breakthroughs in medicine, like you might assume.”

The Pharmaceutical Research and Manufacturers of America (PhRMA), an industry trade group, took issue with the findings.

“The study is predicated on the assumption that the ‘level of benefit’ the authors assign to each prescription medicine is a fair and complete representation of the value of that medicine to patients,” said PhRMA spokesperson Sarah Ryan. “But there is a large and growing body of research showing that standard one-size-fits-all value assessments, which often ignore dimensions of value patients find important and fail to take key patient differences into account, fall far short of capturing a medicine’s true value.”

According to Ryan, “Consumer advertising has shown to help patients by raising disease awareness, removing stigma from certain conditions, promoting adherence to medicine and encouraging important conversations between patients and their doctors.”

Regardless, the U.S. Food and Drug Administration could help the situation by being more proactive in regulating drug ads, Patel said.

“The FDA does not review and approve all advertisements before they air, and often has to play ‘catch-up’ and regulate advertisements after they are already public,” Patel said. “I think we should invest more in the regulatory process to catch misleading advertisements earlier. This could help improve informational quality by weeding out advertisements that have misleading content.”

The United States as a whole might also want to rethink whether these drug ads should be permitted at all, Patel stressed.

“The U.S. is one of only two high-income countries in the world that widely permits direct-to-consumer advertising of prescription drugs,” Patel said. “And there’s been a ton of empirical research over the past two decades that has suggested that this type of advertising can be misleading, lead to inappropriate prescribing, and inflate health care costs.”

In the meantime, people should have frank discussions with their doctor about any drug that’s caught their eye on TV, focusing on the real risks and benefits, Patel said.

“Doctors and clinicians can draw on their experience, clinical knowledge, existing data and the particular circumstances of an individual patient to help guide the decision-making process,” Patel said. “That’s something that a 60-second drug advertisement is not able to do.”

The U.S. Food and Drug Administration has more about prescription drug advertising.