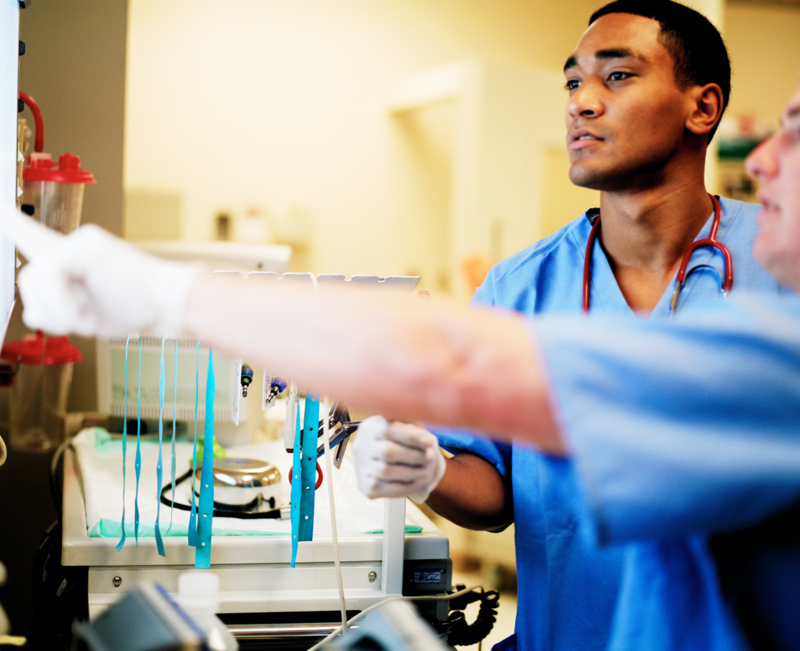 Two Americans and a German won the 2013 Nobel Prize in medicine for their discoveries on how important substances such as enzymes and hormones are transported within cells.

The Americans are James Rothman, 62, of Yale University and Randy Schekman, 64 of the University of California, Berkeley. The German is Thomas Suedhof, who joined Stanford University in 2008, the Associated Press reported.

The three researchers’ work improved understanding of how “cargo is delivered in the right place at the right time,” inside cells, according to the Nobel committee.

“Imagine hundreds of thousands of people who are traveling around hundreds of miles of streets; how are they going to find the right way? Where will the bus stop and open its doors so that people can get out?” said Nobel committee secretary Goran Hansson, the AP reported.

“There are similar problems in the cell, to find the right way between the different organelles and out to the surface of the cell.”

This prize winners’ research could lead to new ways to treat more common types of epilepsy, diabetes and other metabolism deficiencies, Hansson said.

A new coalition has been created to determine the best ways to diagnose and treat concussion in young athletes in the United States.

The National Sports Concussion Coalition will team up with concussion experts and sports medicine experts to do things such as share findings from research, jointly fund studies, and coordinate outreach programs to educate young athletes and parents about concussion, the Associated Press reported.

The underlying purpose of the coalition is to enhance participation in sport by providing a safer playing environment, according to organizers.

“As is often the case, you’re stronger collectively than individually,” US Lacrosse chief executive Steve Stenersen told the AP. “There is understandable concern about this injury nationally. We want to make sure that concern is appropriately addressed but doesn’t dissuade kids from playing sports.”

A recall remains in effect for about 200,000 bottles of Concentrated Motrin Infants’ Drops Original Berry Flavor that may contain tiny plastic particles.

The recall was announced about a month ago by McNeil Consumer Healthcare, which told retailers to remove certain lots of half-ounce bottles of the product. The recalled lot numbers are DCB3T01, DDB4R01 and DDB4S01, CNN reported.

“The potential for adverse medical events related to the reason for this recall is not likely,” the company said in a news release.

McNeil said the source of the plastic particles was traced to shipment of ibuprofen from a supplier, CNN reported.