‘Heart-in-a-Box’ Can Be Lifesaving, Matching Up Distant Donors With Patients 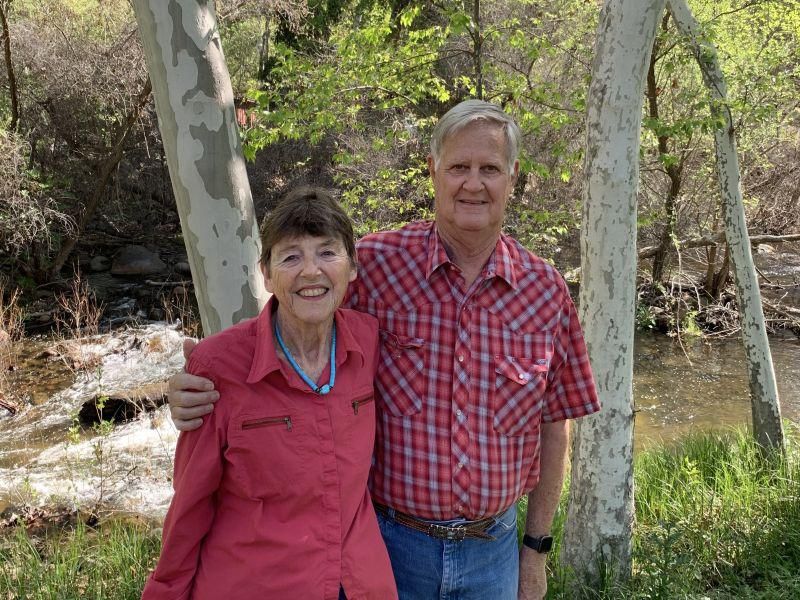 “I was born with a very lousy heart,” he explained. “Growing up, I decided I was going to overcome it and go to the Olympics and be a strong boy. And so everything I did was against doctors’ orders. They said don’t run, don’t do this, but I did anyway, and I would turn blue and pass out, and my mother would revive me.”

Stivers went on to be a high jumper at University of California, Los Angeles. He didn’t make it to the Olympics, but he stayed active through the years by hiking, playing softball, running, swimming and biking.

When he was around 58, the California native started having problems with his energy. On a particularly difficult day, Stivers’ wife drove him four hours to a hospital in Santa Barbara, where he was diagnosed with ventricular fibrillation.

From that point forward, he had implantable cardioverter defibrillators in his chest to help his heartbeat stay on track. He went through six in all.

“Then the last one, the wires had torn the tricuspid valve so badly that the heart was in such sad shape,” said Stivers. “My cardiologist sent me to Cedars-Sinai, and because they couldn’t repair the heart, I ended up [going to the cardiology] team and they said, ‘In your condition, a transplant is the way to go.'”

Stivers, a land surveyor, wasn’t the typical candidate for a new heart.

Dr. Dominic Emerson, associate surgical director of heart transplant and mechanical circulatory support in the Smidt Heart Institute at Cedars-Sinai, said, “We do more adult heart transplants at Cedars than any other center in the country and really the world. Because of that, we’re able to expand who we are able to transplant. And as a consequence, some places would not have listed Don because of his age. And then because of his size [he is 6 foot, 4 inches tall], it becomes even fewer the number of organs that he can take.”

Fortunately for Stivers, Cedar-Sinai’s heart institute was hoping to broaden its donor base with the help of a new technology. 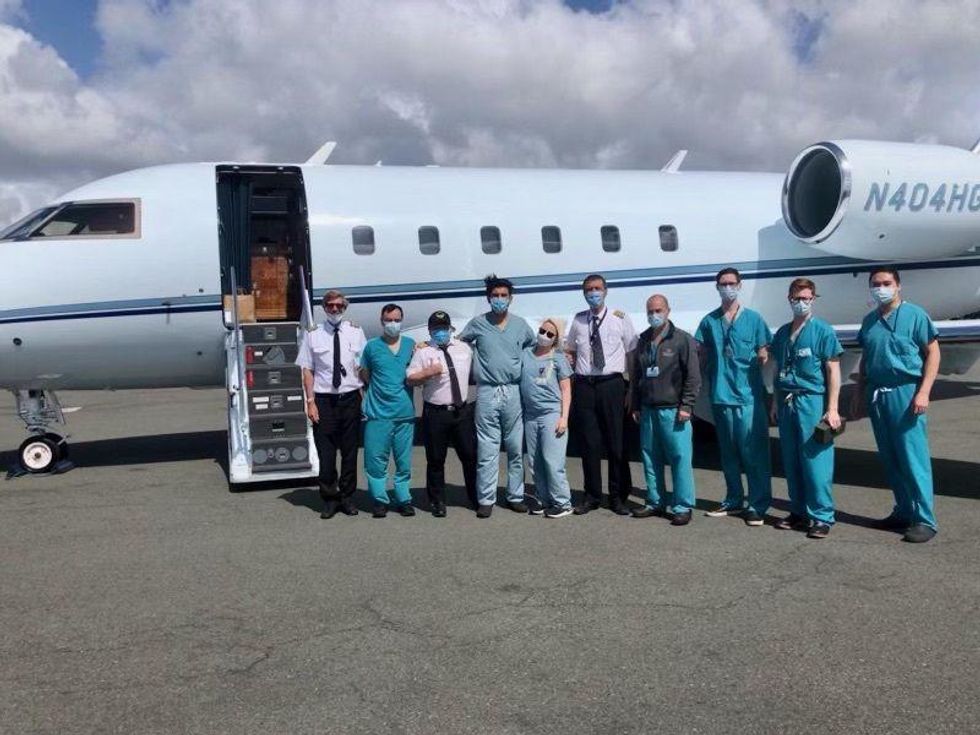 Staff readying for another mission at Van Nuys airport, Calif.

TransMedics’ Organ Care System, nicknamed Heart-in-a-Box, allows organs to live outside of bodies for a longer period of time, meaning hospitals can scout a larger geographic radius for possible donors.

Traditionally, organs are put on ice, where a heart, for example, can only stay viable for about four hours. With Heart-in-a-Box, currently under review by the U.S. Food and Drug Administration, the organ is connected to a portable device that mimics how it would act within the human body.

Cedars-Sinai had taken part in some early Heart-in-a-Box trials within the hospital’s normal geographic bounds. But when the surgeons got a call from Hawaii about a relatively large heart that came from a youthful, athletic person, they raced to Van Nuys Airport.

At dinnertime on March 1, Stivers got a phone call.

“We found a match,” a hospital employee told him. “You should be down here by the time the donor heart makes it back.”

Stivers and his wife arrived at the hospital around midnight, and the operation began a couple of hours later. The procedure was successful, and Stivers became the first person on the mainland to ever receive a heart from Hawaii.

“The surgeon, after he put it in, he sort of out of the corner of his mouth says, ‘Trust me, you have the perfect heart,'” Stivers recalled.

Stivers, who was estimated to have six to 12 months left to live with his old heart, is surpassing recovery expectations. He and his wife, kids, grandkids and great grandchildren are grateful for the added time.

“I look forward to cliff jumping and swimming and biking, hiking and doing things,” said Stivers. “I’m 74 years old, but I’m 24 in the head.”

Now he has the heart to match.