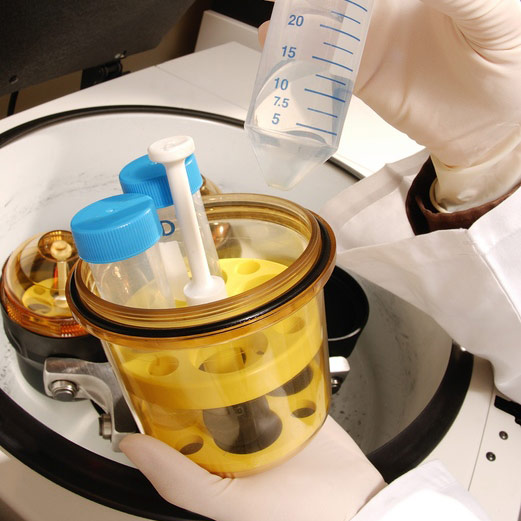 Bariatric patients who already were chronic users of opioid painkillers such as OxyContin and Vicodin increased their drug intake by 13 percent the first year after surgery and by 18 percent three years after, researchers report in the Oct. 2 issue of the Journal of the American Medical Association.

Weight loss associated with procedures such as gastric bypass has been found to relieve chronic pain caused by the stress that extra pounds place on the knees, back and other joints.

“Our premise was that because patients who are undergoing bariatric surgery were undergoing such dramatic weight loss, whatever chronic pain they were going through would be relieved and their need for medication would be reduced,” said study author Marsha Raebel, of Kaiser Permanente Colorado in Denver. “We were very surprised to find we were totally wrong. Not only did their chronic use of opioids not go down, it actually went up.”

Weight-loss surgeries differ, but usually limit the amount of food you can consume. Some types of surgery also change how food is digested and nutrients are absorbed.

The study involved reviewing the medical records of more than 11,700 adults who had weight-loss surgery between 2005 and 2009. About 8 percent of the patients were chronic narcotic users.

Researchers found that 77 percent of those chronic users continued taking opioids during the year following their surgery. What’s more, over three years following the surgery their use of opioids grew by 18 percent.

The amount of weight loss associated with bariatric surgery did not seem to make a difference in their drug use. Chronic use of morphine equivalents before and after surgery did not differ between individuals who lost more than half their excess body-mass index (BMI) versus those who lost less than half.

These findings should cause doctors to reconsider the counseling they provide obese patients about the pain-relieving benefits of bariatric surgery, Raebel said.

“We have patients who have pain that simply doesn’t respond to weight loss,” she said. “If the patient thinks that’s the reason they’re going to have bariatric surgery, there should be some counseling to explain their pain may or may not get better after surgery.”

Reducing the demand for chronic pain killers is a laudable goal, experts say. Since the 1980s, opioid prescriptions in the United States have quadrupled, and accidental opioid overdose deaths have also increased fourfold, according to an accompanying journal editorial.

Raebel said there are a couple of possible explanations why narcotic use increased after weight-loss surgery, starting with the way that obese people experience chronic pain.

“Folks who are obese are more sensitive to pain and have lower pain thresholds than people who aren’t obese,” she said. “This altered pain processing continues even after they undergo bariatric surgery.” Their medication use might increase to help them deal with their continued sensitivity to pain, she said.

These patients also may be trying to overcome increased tolerance to narcotics. “If you continue to take the drug, you have to take higher and higher dosages to get the same pain relief,” she said. “When you take higher and higher dosages, you may further increase your pain sensitivity, which may increase your need to take the drug even if your initial source of pain is reduced.”

Bariatric physician Dr. Brian Sabowitz noted that such surgery can alter digestion of medications as well as food.

“Narcotics may not be absorbed the same way after a gastric bypass as they are before a gastric bypass,” said Sabowitz, who practices in San Antonio, Texas, and serves as an adjunct assistant professor of medicine for the University of Texas Health Science Center in San Antonio. “Maybe one reason narcotic use increased is because people were getting less narcotics [in their system].”

Another explanation could be that these patients may have used non-steroidal anti-inflammatory drugs such as ibuprofen or acetaminophen as their first line of treatment for pain, with opioids on hand to help with pain flare-ups, Sabowitz said.

But people who have bariatric surgery often are told to not use non-steroidal anti-inflammatory drugs because they can thin the blood and cause suture bleeding. “You’re taking away their prime source of pain management,” he said. “It wouldn’t be surprising if their back-up source became their prime source.”

In any case, bariatric doctors need to keep a more watchful eye on patients’ drug use, Raebel said, particularly if they were chronic users prior to surgery.

“We do need better strategies for these folks,” she said. “In some patients, that will be how to best have an agreed-upon treatment plan that they will adhere to. In others, it may be how to safely reduce the dosage and even stop the drug. But it has to be individualized for each patient.”