Skip to content
WeeklyMD > Blog > Heart / Cardiovascular > AHA News: A Guide For What Doctors and Parents Can Do As Kawasaki Disease Kids Grow Up

AHA News: A Guide For What Doctors and Parents Can Do As Kawasaki Disease Kids Grow Up 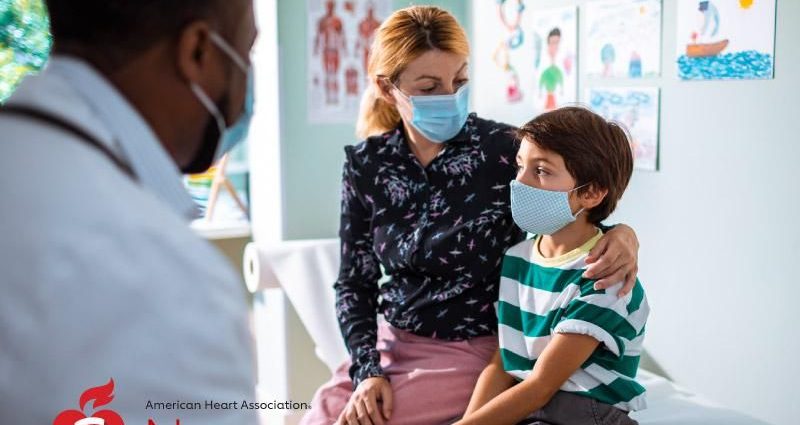 As a toddler, Kung had Kawasaki disease, an illness of unknown cause that tends to strike young children. He doesn’t remember being sick, just the years of follow-up that stretched into his teen years.

And the handoff from his pediatric doctors to adult experts was virtually non-existent, he said. “The emphasis was never placed on just how important it was for me to follow up with someone.”

That could have had life-threatening consequences for Kung, who is now a resident in internal medicine at Scripps Clinic and Scripps Green Hospital in La Jolla, California. He’s also co-author of a new scientific statement from the American Heart Association that hopes to protect other Kawasaki disease survivors.

The statement, published Monday in the Journal of the American Heart Association, spells out steps to help patients, their parents and pediatric caregivers prepare for the transition to adult care. It also seeks to make adult cardiologists more aware of the specialized attention someone with a history of Kawasaki disease needs.

“What we’re really aiming for with this paper is to build bridges” among all those parties, said co-author Dr. Adriana Tremoulet, a professor of pediatrics and associate director of the Kawasaki Disease Research Center at the University of California San Diego. She called it a disservice to give people excellent care for Kawasaki disease, “then send them off into the world not understanding that they may have a life-threatening illness.”

Kawasaki disease is most common in Japan, where it strikes more than 1 in 100 children by their 10th birthday. The rate in the U.S. is about a tenth as high. Still, it is the most common cause of heart disease in children that isn’t a congenital heart defect, according to the statement.

It’s rarely fatal in the short term. But the disease can cause bulges, or aneurysms, in arteries that feed blood to the heart. Those aneurysms often disappear, but patients face a long-term risk of them returning. As a result, clots can form and block blood flow to the heart muscle, causing a heart attack.

The new report focuses on the transition from pediatric to adult care of young adults who had such aneurysms.

In children, Kawasaki disease care is generally overseen by a team, which can include a general pediatrician, a pediatric cardiologist and a pediatric infectious disease specialist, Tremoulet said. But the transition to adult care tends to be tripped up by two main issues.

The first is the patients’ age. Kawasaki disease usually strikes patients who are younger than 5, so they don’t remember much, if anything, about being sick.

Then later, these children, who are likely to have little understanding of their illness, come of age to find “there isn’t really a system in place to care for them once they grow up.” Even finding a cardiologist who understands Kawasaki disease can be a challenge.

The disease is expected to affect 1 in 1,600 people in the U.S. by 2030. To help those patients make the transition to adult care, the statement calls for “a deliberate and coordinated” series of steps that include general education about the disease starting around age 12 and lessons in self-management skills for teens.

“And we’re really aiming also to engage adult cardiologists,” Tremoulet said. Pediatric cardiologists and infectious disease doctors know about Kawasaki disease, she said. “They’ve cared for it. They understand it.” Adult cardiologists need to become “educated, interested, engaged, willing to take on these patients as their own patients, and then be able to provide the best care possible.”

Parents can help, she said, by talking with children about their illness and by not being “the ones that are the keepers of the information, but the ones that pass it on.”

Kung said patients need to be active, too. As they age, they need guidance with practical skills, such as how to get a prescription refilled and knowing what to do if they experience concerning chest symptoms.

For him, he knew he had coronary aneurysms, but was a typical college-age student: “We kind of feel like we’re invincible at that age.” It took the medical school lecture about Kawasaki disease, followed by a conversation with the speaker, to make him realize he needed to see a cardiologist.

Tests revealed his aneurysms had grown to a size where he needed to start taking blood-thinning medication to lower the risk of developing a dangerous clot. “Truth be told, it’s quite possible that my pediatric cardiologist may have intended for me to be on medications previously,” he said. But if that happened, the message didn’t sink in.

He encourages fellow patients to make sure they understand their condition and, if they don’t already have a cardiologist, to gather as much of their medical history as they can and connect with one who understands Kawasaki disease.

As he wrote in the statement, no patient should fall through the cracks. His outcome, he said, could have been disastrous. “I got really lucky.”