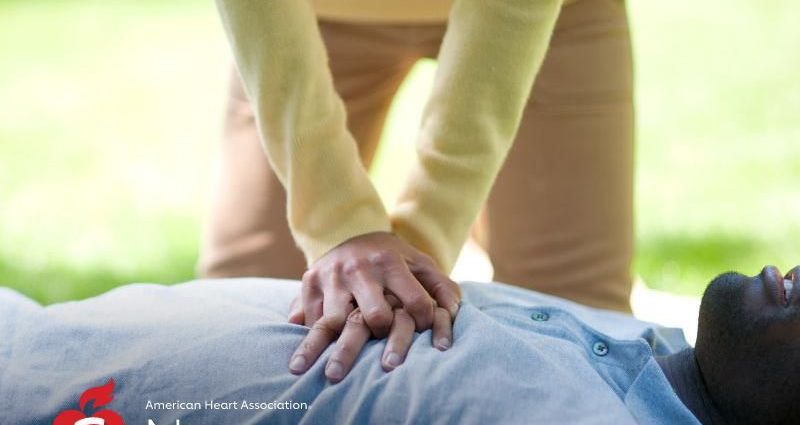 WEDNESDAY, Aug. 25, 2021 (American Heart Association News) — A broad education effort about cardiac arrest seemed to improve care and save lives, a study has found. But even as the response to cardiac arrest improved in important ways, survival rates rose only in white people.

“What this makes us want to do is make sure we have efforts in place to recognize and respond to cardiac arrest in Black communities in a rapid way,” said the study’s senior author Dr. Christopher Granger, a professor of medicine at Duke University School of Medicine in Durham, North Carolina.

The study, published Wednesday in the Journal of the American Heart Association, looked at data from 2010 to 2014 in 16 North Carolina counties. More than 7,000 out-of-hospital cardiac arrests were examined. About 37% were Black adults; the rest were white adults.

In 2010, North Carolina began a statewide effort called HeartRescue. It included training for hospital workers and first responders about cardiac arrest as well as community education on how to perform CPR and use automated external defibrillators, or AEDs, which are found in many public places.

In the program’s wake, researchers found, bystander CPR rates improved for both groups – from 37% to 46% for Black people, and from 39% to 52% for white people. First responders – such as firefighters and police officers – became more likely to use a defibrillator on white people before paramedics arrived. Defibrillator use by first responders also increased for Black people, but the finding did not reach statistical significance.

Survival until hospital discharge improved significantly only for white people, increasing from 8% in 2010 to 11.4% in 2014. Survival for Black people remained unchanged at about 9%.

Digging into the data, researchers found Black people were less likely to have had a “shockable” heart rhythm when first responders arrived.

“The results indicate that the lower frequency of shockable rhythm among Black patients could be an important contributor” to their survival rates, said lead author Dr. Sidsel Møller of Herlev and Gentofte Hospital in Hellerup, Denmark.

The study found other differences between Black and white cardiac arrest patients. Black people were more likely to have a cardiac arrest, and those who did were younger and more often women. And they were more likely to be alone when they had one. That can be a problem, Granger said, “because if the arrest isn’t witnessed, then of course the response is going to be delayed.”

Cardiac arrest is a sudden disruption of the heart’s electrical function. For a few minutes, a normal rhythm can be restored by shocking the patient with a defibrillator. But the longer it takes for help to arrive, the lower the likelihood someone will respond to treatment.

Of the more than 350,000 cardiac arrests that occur outside the hospital each year in the U.S., only about 1 in 10 survive to hospital discharge, according to American Heart Association statistics.

In the study, the average response time for emergency medical services was eight minutes, the same for both Black and white patients. Response time for first responders was not measured, Granger said.

Dr. Marina Del Rios, an associate professor in the department of emergency medicine at the University of Illinois College of Medicine at Chicago, said the study was important because it used real-life data to confirm what had been seen in narrower types of studies.

Del Rios, who was not involved in the new research, said the findings raise questions about what hospitals are doing that could cause survival rates to differ.

She noted, for example, previous research indicates women and Black and Latino people who’ve had a cardiac arrest are less likely than their respective male and white counterparts to receive post-cardiac arrest interventions.

Such differences, she said, exist within the context of broader structural problems, including racial bias and unequal access to health care.

“We still have a lot of work to do to understand why some patients are at higher risk of having a cardiac arrest and why the type of cardiac arrest that they have is different,” she said.

Møller said the overall findings indicate that intervention programs such as HeartRescue seem to work irrespective of the patients’ race. And Granger said the work pointed to several possible steps that could help improve cardiac arrest survival in Black communities, starting with ensuring first responders are positioned to arrive rapidly and dispatchers are fully trained in how to best serve Black callers.

The study, he said, also shows the importance of widespread education about cardiac arrest. “It’s especially important for the Black community to get trained in bystander CPR,” and to know when to call 911.

He agreed more work lies ahead. “Care did improve, community response improved, but survival did not. So, the implications of the study are, ‘OK, now we need to find out why that might be the case.'”