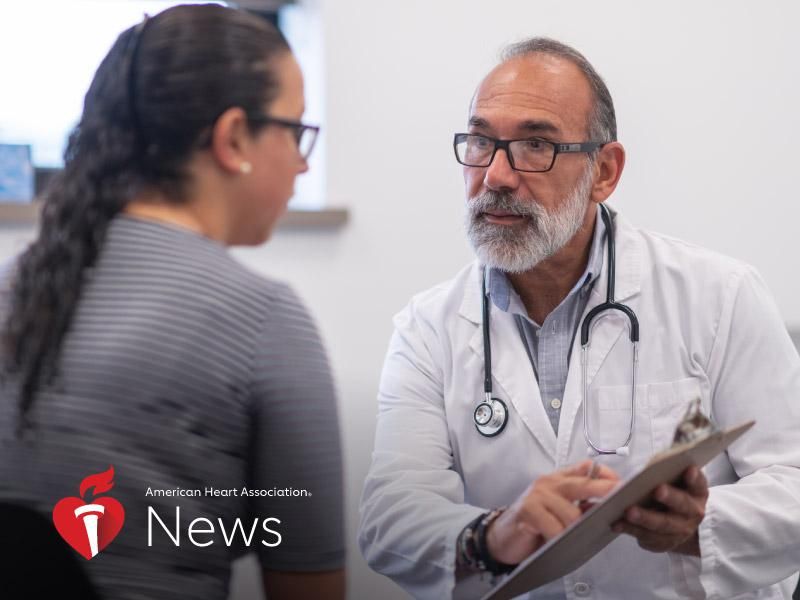 FRIDAY, May 21, 2021 (American Heart Association News) — Hispanic adults who experience perceived discrimination are more likely to have changes in the structure of their heart that may lead to cardiovascular disease, according to new research.

In the past, scientists have uncovered possible links between discrimination and cardiovascular disease, including higher blood pressure in African Americans. In the new work, researchers wanted to see if heart abnormalities were more common among Hispanic people in the U.S. who reported perceived discrimination.

Researchers looked at echocardiograms of 1,818 Hispanic adults, ages 45 to 74, living in New York City, Chicago, Miami and San Diego. They compared the structure and function of the atrium and ventricle on the left side of the heart – which supplies most of the heart’s pumping power – with the results of an in-depth survey on perceived discrimination.

“It’s significant because higher left atrial volume has been associated with poor outcomes like heart failure, atrial fibrillation and stroke,” said Oxman, a fourth-year student at Albert Einstein College of Medicine in New York City. “We need to look at discrimination as a stressor and a risk factor so we can identify individuals who are higher risk and see if we can modify downstream negative effects.”

The research was among the first to look at the link between perceived discrimination and cardiac structure and function measured by echocardiography, Oxman said. Presented Thursday at the American Heart Association’s virtual Epidemiology, Prevention, Lifestyle & Cardiometabolic Health Conference, the findings are considered preliminary until published in a peer-reviewed journal.

Oxman said the research was limited by the relatively young age of the participants and the complex relationship between discrimination and heart health.

“We just looked at one snapshot in time, so we need to follow up over five or 10 years to see if there are chronic effects of discrimination,” he said. Oxman also called for future studies to explore the best methods to screen for discrimination and to reduce stress for people who experience it.

Dr. Monika Safford, who was not involved in the study, said because the research was observational, it didn’t prove perceived discrimination actually caused cardiovascular problems. Still, she called it an important study that adds to the understanding of an often-neglected topic.

“Racism is not a peripheral issue for our patients, but many physicians currently don’t see it as their purview,” said Safford, co-director of the Cornell Center for Health Equity in New York City. She also is chief of general internal medicine at Weill Cornell Medical College.

Safford said more research is needed on the physiologic effects of racism and to find out which types of structural racism are particularly dangerous.

“Policy change is also very important,” she said. “It takes a long time to change people’s minds about their beliefs … but if we change local, regional, state and national policies, the embedded structural racism that encourages these practices can be eliminated.”

2021-05-21
Previous Post: Approved Vaccines ‘Respond’ to All COVID Variants So Far: WHO
Next Post: Elections Can Be Tough on Americans’ Hearts