Skip to content
WeeklyMD > Blog > Heart / Cardiovascular > AHA News: Doctor Asked, ‘Did You Know You Had a Heart Attack?’

AHA News: Doctor Asked, ‘Did You Know You Had a Heart Attack?’ 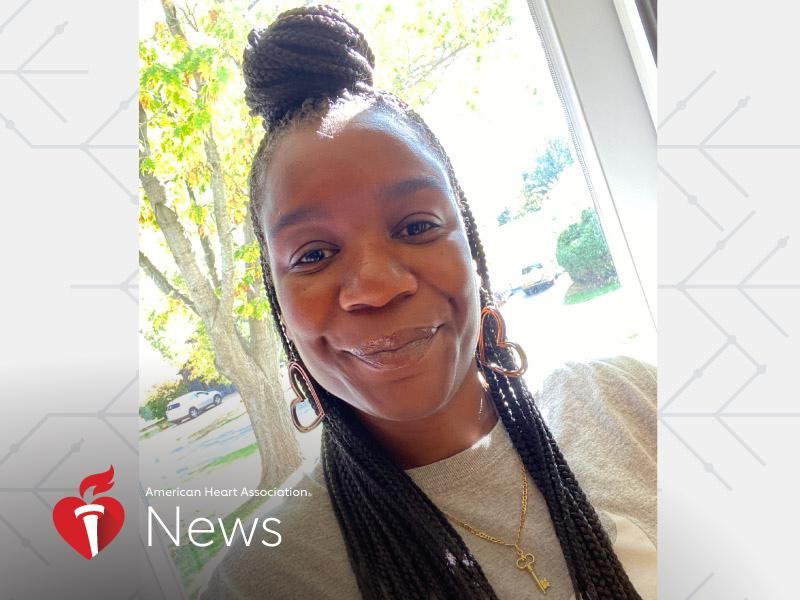 FRIDAY, April 23, 2021 (American Heart Association News) — At an annual checkup, Tasha Benjamin’s doctor looked over her electrocardiogram readings and asked whether she’d had a heart attack.

Thinking it was a joke, she responded, “Well, I do have a husband and four kids.”

“No,” the doctor said. “This shows you had a heart attack.”

Then 36, Tasha couldn’t recall suffering any of the major symptoms of a heart attack – chest pain; shortness of breath; feeling weak, lightheaded or faint; and pain or discomfort in the jaw, neck or back. As for trying to figure out when it might’ve happened, the tests offered no clues.

The conclusion: Tasha survived a “silent” heart attack, or a heart attack that has no symptoms, minimal symptoms or unrecognized symptoms. It occurs with blood flow to a section of the heart is temporarily blocked and can cause scarring and damage to the heart muscle.

At her checkup the year before, Tasha was diagnosed with prehypertension. Knowing high blood pressure is more prevalent among Black people – about 58% of non-Hispanic Black adults versus 47% of all U.S. adults, according to American Heart Association statistics – she was inspired to become healthier.

“I decided to do whatever it took to make sure I wasn’t on medication for the rest of my life,” she said. “I didn’t want to become another statistic.”

Tasha wasn’t overweight but re-evaluated her diet in search of healthier options. She tamed her sweet tooth, drank more water and increased her exercise. She also took her daily blood pressure medication and tracked her numbers.

Six months later, she’d improved so much that the doctor said she could stop taking medication. Six months after that came the bewildering discovery of her heart attack.

Further testing indicated her heart muscle was in good shape. Seven years later, all is well.

Another possible factor in Tasha’s case is that her husband, LaShaun Benjamin, was an active U.S. Marine. His deployments often left her alone to care for their three daughters and son, in addition to worrying about his safety.

“We were doing what any military family did, but it was a lot of stress,” LaShaun said.

LaShaun is now retired from active duty and teaching an ROTC class for high schoolers. Having him back home in Syracuse, New York, and going for walks as a family are all part of Tasha’s routine these days.

She also listens more closely to her body. Whenever she feels anything strange or thinks of any questions, she logs them on her phone so they’ll be handy for her next checkup – or sooner, if needed.

“When you’re going about your daily life raising children and working, you might have those symptoms, but you’re not going to equate it with a heart attack,” she said. “I’m definitely contacting my doctor now if something feels off.”

She also encourages women to make themselves a priority, especially when it comes to health.