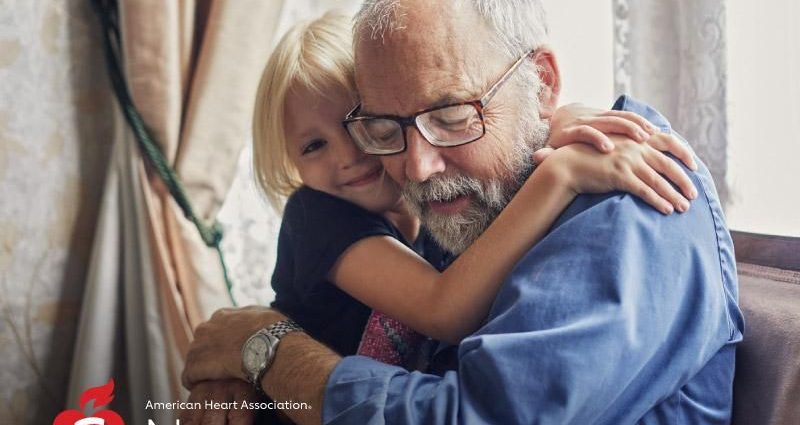 TUESDAY, June 29, 2021 (American Heart Association News) — After a year of being COVID-cautious, Linda Matisoff counted the days until she could hug her 5-year-old granddaughter, Laila, again.

In March, two weeks after getting her second dose of the vaccine, it was finally time.

“We were coming down the street, getting closer and closer,” said Matisoff, who lives in Plano, Texas. “We had gotten together over FaceTime, and we saw each other in person six feet apart.

“But that hug was the body contact we missed for a whole year. It was such a warm, wonderful feeling.”

It’s not just a feeling. Hugs can be good for you, medically and psychologically, and with life getting back to normal, health experts are glad they’re back.

“It is definitely OK to hug again, and it’s really important to go back to hugging,” said Dr. Corrin Cross, a pediatrician at Children’s Hospital Los Angeles. “It can help us feel connected, and we know from lots of studies that feeling connected does improve your health. It reduces your stress, your blood pressure, your anxiety.”

Cross said hugs are part of the power of touch that spans a lifetime, from premature infants who respond better when they are held to the stress-relieving perks of daily hugs among adults.

“When you hold someone you love, you feel that sort of calm release,” she said. “It’s all really good for you.”

The benefits have been documented in various ways. One study showed women who had physical contact with their partners responded better to stress, while another linked hugs to lower blood pressure in women.

Sheldon Cohen, a professor of psychology at Carnegie Mellon University in Pittsburgh, led a 2015 study that exposed people to the cold virus, then compared people who received multiple hugs during the two weeks preceding being exposed to the virus to those who didn’t. Even if people reported conflict in their lives – which is thought to weaken the immune system – the huggers got sick less often.

“The more hugs you got, the less likely you were to get sick,” Cohen said. “It seemed to confer some kind of resistance to disease. The hugs were even buffering the effects of conflicts.”

Michael Murphy, assistant professor of psychology at Texas Tech University in Lubbock who researches the effects of hugs, said scientists are working to figure out exactly why hugs and other forms of “supportive touch” can make such a difference.

“There’s still a lot we don’t know,” he said. “But it appears to promote the body to release hormones that protect us from the harmful effects of stress. And psychologically, supportive touch can serve as a simple but powerful reminder there are people in our lives who love us and care for us.”

During the pandemic, hugs didn’t go away entirely. People who quarantined together could hug all they wanted. But for those who were isolated or separated from some of the people they wanted to hug, a hugless year left a major void.

“Isolation, loneliness and general lack of social support can all be harmful to our health,” Murphy said. “They can be risk factors for consequences including heart disease, substance abuse and even suicide.”

In normal times, Cross said, “kids get a lot of hugs from a lot of people. I think they felt that difference.”

All that makes the green light for hugging an embraceable development. But there are caveats.

“All the upside of hugs is based on consensual hugs,” Murphy said. “I’ve heard from many people who are really excited to be hugging again. But I’ve also heard from people who are still uncomfortable with touch. It’s always important to respect other people’s boundaries.”

And while Cross is staunchly pro-hugging for people who are vaccinated, she also advocates common sense, such as turning your head to avoid exchanging breaths.

“Besides COVID, there are still other illnesses out there,” she said. “You can still give somebody the flu. If you’re sick, don’t go around and spread it to other people.”

And if a grandparent wants to hug an unvaccinated child?

“The risk of anything happening is extremely rare,” Cross said. “And the reward is so high. We have to get busy living.”

Matisoff and her granddaughter are taking that advice.

“We’re making up for lost time,” she said.