Skip to content
WeeklyMD > Blog > Heart / Cardiovascular > AHA News: He Got Help F.A.S.T. For His Stroke. His Mother Wasn’t as Lucky.

AHA News: He Got Help F.A.S.T. For His Stroke. His Mother Wasn’t as Lucky. 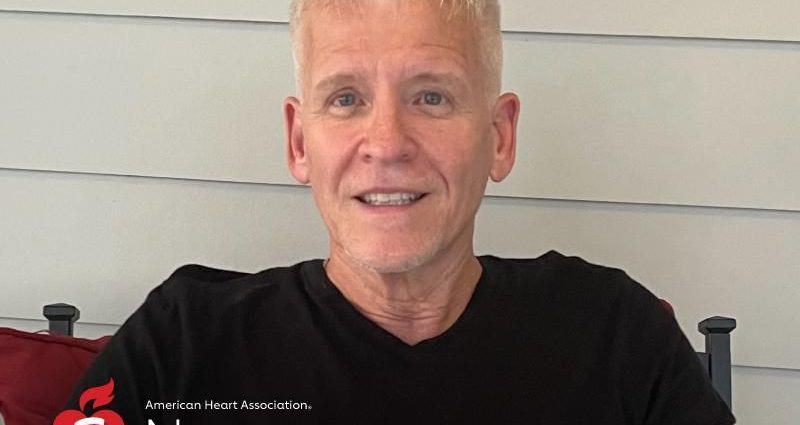 His mother was in the bathroom with the door locked and her husband couldn’t get her to come out. Could Mike help?

Mike, who lived nearby, got there within an hour. His mother still refused to open the door. So they called paramedics, who finally convinced her to open the bathroom door.

Mike’s mother, who was 69 and overweight and had arthritis in her legs, had suffered a massive stroke. Too much time had passed for doctors to mitigate the damage. It left her partially paralyzed, with many complications and a personality change that caused her to occasionally lash out at family members. She died seven years later.

Because of how often he exercised, he felt he could eat whatever he wanted, including fast food. Even though the body mass index chart showed him on the edge of obesity, and his doctor told him he had elevated blood pressure, Mike figured his muscular build could handle it.

This past Jan. 30, Mike and his wife, Cindy Maddux, were in their kitchen after a morning of running errands. Cindy reached into the refrigerator to pull out a few items for lunch.

When she turned around, she saw Mike leaning against a countertop.

“What’s wrong with you?” she asked.

Mike’s face looked cringed; she thought he was in pain. Then Mike mumbled something she couldn’t understand.

Their younger son, Trent, was home. Cindy asked him to get help while she stayed with Mike. The Maddux’s daughter lived next door.

Mike was paralyzed on his left side and couldn’t walk. Schneller picked up a recliner from the living room and brought it into the kitchen, placing his father-in-law on it, then called 911. Paramedics arrived within minutes.

Fourteen years to the day after his mother’s stroke, Mike also had a massive stroke from a blood clot in his brain. But his case played out differently.

Mike was given clot-busting medication at his local hospital in Miramar Beach, Florida, then was sent by helicopter to a larger hospital in Pensacola. Doctors there performed a mechanical thrombectomy procedure in which they used a catheter to pluck the remnants of the blood clot from his brain.

By the time Cindy made the 90-minute drive to the hospital, the clot was gone.

“The doctor who removed the brain clot showed me the scan of his brain before and after,” she said. “If it hadn’t been removed, it would have been really bad.”

When she walked into Mike’s room, her 62-year-old husband was talking normally and lifting his arms and legs.

“It was just amazing,” she said.

He needed no physical or speech therapy and fully recovered.

Shortly after Mike returned home, his sister pointed out the coinciding dates of the strokes.

“It felt like maybe my mother was trying to tell me something, like maybe ‘Change your life, Michael!'” he said.

The first three months after his stroke, Mike strictly adhered to the heart-healthy Mediterranean diet. He and Cindy continue to try following it.

He’s dropped 35 pounds, down to 190, closing in on a normal BMI for his 6-foot frame. He also works out more and walks frequently.

“In a lot of ways, the stroke was a great wake-up call,” Mike said. “I realized I wasn’t as healthy as I thought I was.”

Despite Mike’s risk factors, doctors aren’t sure what caused his stroke. About 1 in 4 clot-caused strokes in the U.S. are classified as cryptogenic, meaning no known cause can be identified.

Above all, Mike wants to use his story to spread the word about F.A.S.T., the acronym to help people remember the signs of stroke: Face drooping, Arm weakness or Speech difficulty mean it’s Time to call 911.

“Not only did F.A.S.T. save my life, it saved my family from the hardships and challenges that can come with strokes not addressed quickly,” Mike said. “Between that and the advanced science, I’m the perfect example of what’s possible today.”