Skip to content
WeeklyMD > Blog > Heart / Cardiovascular > AHA News: Neurologist Wakes Up in the Hospital Where She Works – As a Stroke Survivor

AHA News: Neurologist Wakes Up in the Hospital Where She Works – As a Stroke Survivor 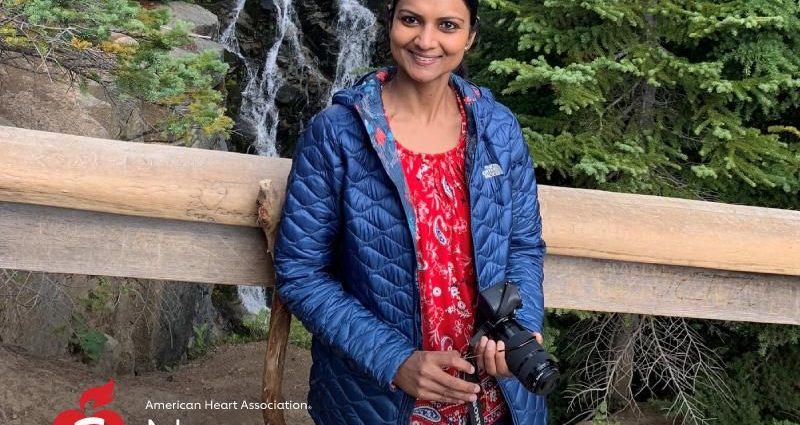 Only a month before, the neurologist had returned to work after going through surgery, radiation and chemotherapy for stage 4 colon cancer. She chose to ease back in and started taking care of people admitted to the hospital after stroke, seizures and other neurological diseases. The new work schedule had alternate weeks off.

That day in September came during her first week off, and Dipika – who was then 38 – wanted to pamper herself with a meal out.

At the table, Dipika’s head started to pound. She chalked it up to a migraine, finished her meal, paid her check and made her way to the parking lot.

In her car, she texted a neurologist friend: “I’m having a terrible headache, don’t think I need to go to the ER, I don’t have any neurological deficits.” She also shared her location. Her friend said to wait for 15 minutes to see if it got better. If not, she’d pick her up. After that, Dipika lost consciousness.

Her friend kept calling until Dipika woke up and answered the phone. Her speech was garbled. Her friend rushed to the restaurant. When she saw Dipika’s drooping face, she immediately called 911.

The ambulance drove Dipika to the hospital where she worked. Colleagues found a subarachnoid hemorrhage, or bleeding in the space between her brain and surrounding membrane caused by the rupture of an aneurysm. The hospital staff then called her fiancée and brother who were listed as her emergency contacts.

First, doctors tried to secure the aneurysm and block blood from reaching the damaged area with a scope. When that didn’t work, they performed an emergency craniotomy, opening her skull and inserting a clip to secure the aneurysm and stop the bleeding. During surgery, Dipika’s doctor friends monitored her brain activity and nerve responses. Halfway through, Dipika had a massive stroke on the left side of her brain.

Days later, she woke up disoriented in the neuro intensive care unit where, just a week earlier, she was taking care of her own stroke patients.

Dipika, who’s right-handed, couldn’t speak or move her right arm and leg. She stayed in the ICU for 15 days before transferring to an inpatient rehab facility in Omaha, Nebraska, for the next month and a half, followed by a long-term rehab facility. Physical, occupational and speech therapists helped her walk and speak again. Four months after her stroke, she advanced from a wheelchair to a cane.

She endured setbacks. She was hospitalized for a seizure and then had two abdominal surgeries related to her cancer. That, combined with COVID-19 pandemic shutdowns, postponed her therapies. Around that time, her fiancée broke off their engagement.

“That came as a shock,” Dipika said. “Now I was cancer survivor and a disabled person who lost her partner. I didn’t know if I would ever be able to function or work again. My existence was a big question.”

Trapped in a swirl of emotions – depression, denial, anger – she persevered with the support of her family.

When her older brother, Rajat Aggarwal, got the call that his sister was in the hospital after having a stroke, his wife brought clothes to his office and he immediately left work for the airport, flying from California to Kansas City.

When he walked into his sister’s hospital room, he found her on life support and being fed from a tube, with an incision on her swollen head.

“I could see the pain, what was happening to her,” he said. “At times I thought she would never recover from this. So many times I thought I might lose my sister. But she has shown great courage and been very brave.”

Their parents, Nirmal and Bhushan Aggarwal, flew in from India. They stayed with her for nine months.

“My parents were fully involved in my care,” Dipika said. “My dad would accompany me to all the therapies. He got so involved with my therapies that he started understanding all the exercises. He would help me with exercises at home every day.

“But as if all this was not enough, one day last year he passed away suddenly and unexpectedly. I will always miss him. One thing I am thankful to the stroke is, I got to live so closely with my dad for a period of nine months.”

Now, Dipika walks without a cane. She can even jog around the block. Her speech is back to normal, though sometimes she has trouble finding the right word.

“I’ve gained about 90% of my life back,” Dipika said. “I’m living independently, I’m driving around.”

In January, Dipika returned to work part-time, albeit remotely from home. Her duties included monitoring brain activity and nerve responses of patients during brain and spinal cord surgeries. Since July, she has been going to the clinic in person a couple of days a week.

“Wearing the white coat again after almost two years is priceless,” she said.

She still does occupational and physical therapy three times a week to continue strengthening her right hand and arm and to improve her balance.

“My doctors saved my life, but the therapists gave my life back to me,” she said. “That’s one of the biggest things that I would like my fellow survivors to know: Don’t lose hope, keep doing therapies regularly, repetition is the key.”

She also advises fellow survivors to take care of their mental health. Dipika sees a therapist to help with anxiety, practices mindfulness and meditation, and joined a stroke support group.

“Recovery from stroke is a slow process which does not have an expiration date,” she said. “Modern science and research have proven that stroke recovery can occur even years after the stroke as long as correct therapies are continued.”