AHA News: Retired Entertainer Thought She Slept Awkwardly. It Was a Stroke. 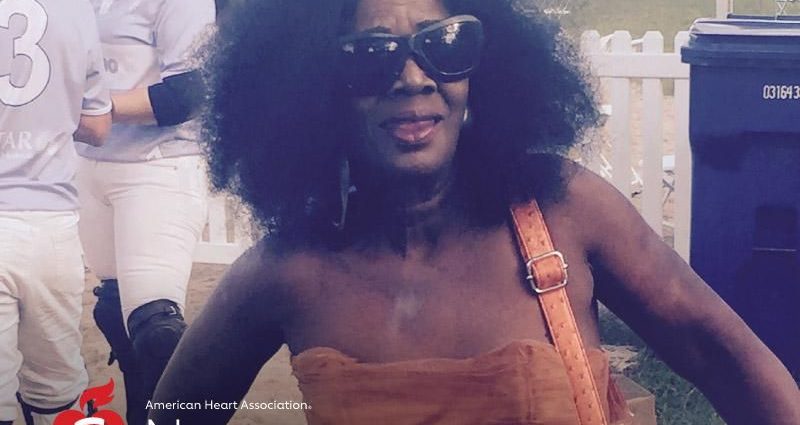 She didn’t feel any pain. Yet when she looked in the mirror, the left side of her face seemed distorted.

“I didn’t recognize myself,” she said. “I thought maybe I just slept funny and could shower it off.”

When the shower didn’t help, Murff – a retired entertainer from Chicago – put on a wig and hat to cover her face. She could do nothing, however, to mask the problems she felt with her voice, a sensation she described as “like I had marbles in my mouth.” She also was unusually clumsy, dropping things.

Her daughter, Aisha, spent the day with her. While Aisha noted some oddities, she chalked it up to her mom being tired.

“She was outside taking pictures all day and being her usual eccentric self,” Aisha said.

Sharon kept busy with birthday well-wishers. Between visits, though, she worried something was wrong. She tried busying herself with reading but couldn’t focus on the words. That scared her more. She tried writing the alphabet in cursive and writing numbers.

“I thought, as long as I kept my brain working, I could get through it,” Sharon said.

Her sister Cheryl Murff arrived about 5:30 p.m. with a bottle of champagne to celebrate.

“I heard her say, ‘My sister has had a stroke and she’s not moving or speaking right,'” Sharon recalled.

She spent 11 days in the hospital. She was diagnosed with high blood pressure, a leading risk factor for stroke.

“I had no idea I had high blood pressure,” Sharon said. “But I do know now that that number is more important than your weight and your bank account.”

Stroke is a leading cause of death and serious long-term disability for people in the United States. The risk varies by race and ethnicity. The risk of having and dying from a stroke is higher for Black people than for their white peers, according to the federal Office of Minority Health.

Once home, Sharon was able to walk using a walker or a cane. Building strength and coordination took time.

Insurance covered outpatient therapy for six weeks. After that, she decided to approach it like children do, by playing. Sharon went to a dollar store and bought clay and crayons. She later added jacks, pick-up sticks and marbles to work her dexterity.

To smooth out her speech, she practiced reading children’s books aloud. “I would just try to do as much as I could to get my brain working.”

Now a decade later and 68, Sharon still works on her mobility and relies on a large collection of canes – making sure she always coordinates them with her outfit.

Sharon spent her career in entertainment, dancing and acting in theater productions in Chicago as well as a few movies and ran her own magic show. She played Loretta Brown in the 1975 film “Cooley High,” which was shot in Chicago.

“I can remember the combinations, but my body doesn’t always do what my head wants it to do,” she said.

Prior to the pandemic, she swam and took a weekly ballet class, doing the moves while holding onto the bar for support. She now volunteers at her local library and takes classes to keep her mind and body active.

Sharon now understands the importance of keeping up with her medical care. She also urges others to learn the signs of a stroke and seek medical attention if something doesn’t seem right.

“Don’t call a friend and don’t call your mama. Call 911,” she said. “I should have called 911 and let them know immediately. That time can save you.”