Skip to content
WeeklyMD > Blog > Heart / Cardiovascular > AHA News: Since Her Cardiac Arrest at 37, She Urges Everyone to Know CPR

AHA News: Since Her Cardiac Arrest at 37, She Urges Everyone to Know CPR 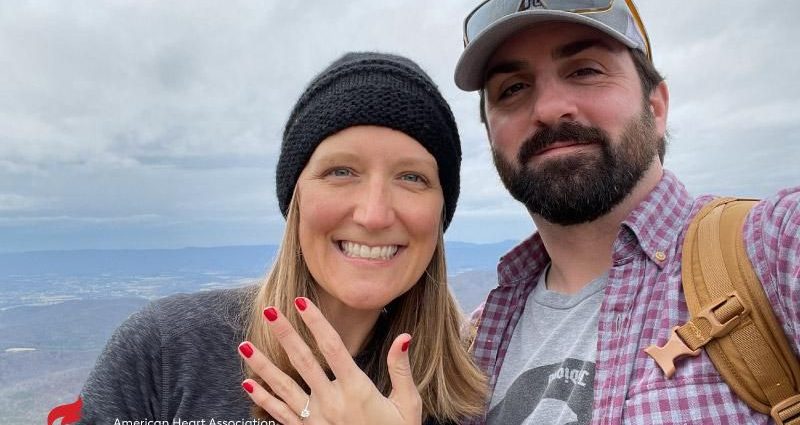 FRIDAY, Aug. 13, 2021 (American Heart Association News) — At 37, Mary Gordon was fit, energetic and healthy. She regularly pushed herself through workouts on a high-tech stationary bike and ran 5Ks. So she was at a loss to explain the fatigue she began experiencing.

Shortly before Christmas 2019, she woke up feeling out of sorts. She stopped and rested several times while decorating her home for the holidays.

She’d attended an ugly sweater party the night before and chalked up her symptoms to a lack of sleep. Though she didn’t feel great, she went shopping with a friend in nearby Washington, D.C. At one point, she nearly passed out.

“Everything went blank,” Gordon recalled. “But it was so quick that I questioned if it really happened.”

Gordon suspected she was dehydrated and tired. But over the next week, she nearly passed out three more times, once while driving.

Scheduled to take a flight on Jan. 1, she managed to get a last-minute appointment on New Year’s Eve with her doctor’s physician assistant.

She was feeling so exhausted, she half expected to be admitted to the hospital. And, just to be safe, she updated the beneficiary information on her accounts.

“Something told me to do it,” she said.

The physician assistant performed a test on her heart and said everything looked normal. Her blood pressure, on the other hand, was sky-high. She advised Gordon to cancel her flight and to start wearing a heart monitor so the medical team could gather more information.

Gordon was familiar with the monitor.

When she was in college, her doctor detected a heart murmur and diagnosed her with mitral valve prolapse. In essence, the flaps, or leaflets, of her mitral valve had excess tissue, causing them to expand into the left atrium when her heart contracted. Severe mitral valve prolapse can lead to blood leaking back through the valve, potentially leading to irregular heartbeats, or arrhythmia. But when the doctor reviewed the data, he told her to not worry about it.

Years later, an electrocardiogram seemed to confirm the diagnosis.

But now, leaving the visit with the physician assistant, Gordon collapsed near the elevator.

A receptionist heard her struggling to breathe and found her unconscious.

She was in cardiac arrest.

The physician assistant and a doctor performed CPR for six minutes. They also used an automated external defibrillator to shock her heart back into rhythm.

The second time they shocked her, Gordon began screaming, although she doesn’t remember it. Her first recollection is being in the emergency room, with her boyfriend, Matt Costakis, and several doctors standing at the foot of her bed.

For the first few days, she wasn’t quite sure why she was there.

“My brain was not retaining information,” she said. “It took a few days before things were sinking in. Everything was a blur.”

“It wasn’t until the surgery that it was fully recognized she has something that’s particularly rare called mitral annular disjunction,” said Dr. Paula Pinell-Salles, Gordon’s cardiologist at Virginia Heart in Falls Church. “That variant is the most prone to significant prolapse and may be more closely associated with the kind of arrhythmia she presented with.”

Gordon went home after two weeks in the hospital. Still fatigued, she was excited to start cardiac rehab, throwing herself into it with glee.

She enjoyed meeting other survivors and appreciated that she could build up her strength, stamina and confidence in a monitored setting.

“The thought of raising my heart rate or being able to ever run again was so foreign,” she said. “It was awesome to know there’s a way to slowly ease back into that with the safety of people watching you.”

When the COVID-19 pandemic put a kibosh on in-person rehab, she continued to push herself, walking miles with her dog, Almond.

“It was a weird transition and very emotional,” she said, pointing to the emergency ID tag she now wears. “But I got to the point where I could go off by myself.”

And on the one-year anniversary, Gordon and Costakis, along with Almond, hiked her favorite trail at Shenandoah National Park, a steep nearly 3-mile ascent to the top of a mountain. Gordon planned the hike to celebrate how far she’d come in the last year.

It was cold and rainy that day, but they reached the summit. As Gordon rested on a large rock and searched in her backpack for a dog treat, Costakis reached into his pocket and produced a rock of his own – a diamond engagement ring.

“I made it so easy for him,” she joked, of the romantic mountaintop setting. “I asked him a few times if this was for real before I finally said yes.”

Now happily engaged and largely recovered, Gordon wants to raise awareness about the difference between heart attacks and cardiac arrest. The former results from a blockage, while cardiac arrest is caused by an electrical issue and can happen to anybody.

That’s why she tirelessly promotes CPR training. She hopes to schedule one soon for her family and friends.

“It doesn’t hurt to learn it again, or watch the video and just build your confidence,” she said. “If I can do something to help the next person, that’s all I can ask for.”