Skip to content
WeeklyMD > Blog > Heart / Cardiovascular > When It Comes to Heart Transplants, Size May Matter Most

When It Comes to Heart Transplants, Size May Matter Most 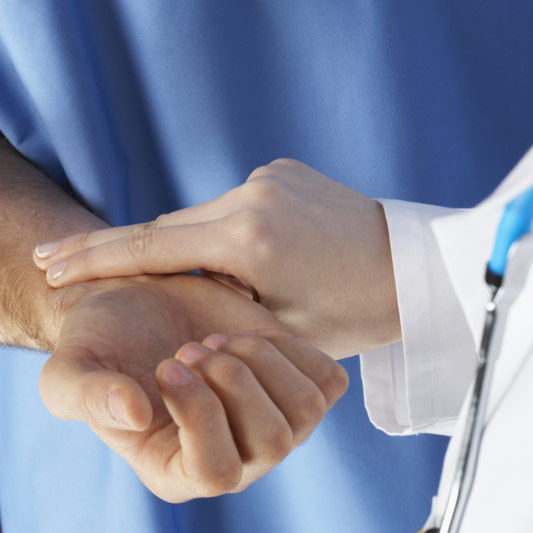 WEDNESDAY, Jan. 8, 2014 (HealthDay News) — The “Grinch” effect may be curbing survival rates in some heart transplant patients who receive hearts that are too small for their bodies, a new study suggests.

The researchers reviewed the records of more than 31,000 pairs of heart donors and transplant patients — surgeries that took place over a 22-year period. They focused on heart size matching, and compared outcomes based on body weight, predicted heart mass and sex. Then they evaluated the risk of death following transplantation after one year and five years.

Study author Dr. Robert Reed, an assistant professor of pulmonary and critical care medicine at the University of Maryland, said men who received women’s hearts were 32 percent more likely to die in the first year after transplantation due to the differences in the size of the organ.

“The patients who received the smallest hearts were 25 percent more likely to die in the first year,” Reed added.

Historically, cardiac surgeons have tried to match heart failure patients with donors who weigh about the same — weight is one of the key criteria, said Dr. David Taylor, a professor of medicine at the Cleveland Clinic Lerner College of Medicine.

More recent imaging studies have revealed that a person’s weight doesn’t necessarily correlate to his or her heart size, and that height and sex play a bigger role, explained study author Reed.

“We just didn’t know better that weight didn’t equate to heart size,” Reed said. The female heart is considerably smaller, even when a female and male patient weigh the same, he explained.

When a heart is too small for a transplant patient, it will work harder and grow too big, the researchers added. While that was a good thing in the Dr. Seuss character called the “Grinch,” it’s not good for organ recipients, Reed said. It means the heart is straining too much.

“The whole muscle of the heart is likely to be growing in what we call a bad soup. The environment it’s growing in is a little bit inflammatory and not healthy for the heart,” he explained.

Taylor, who was not involved with the study, said: “I think it’s a helpful study in that it does remind us that weight is not the best marker of heart size, and if we want to match heart size we should be more dogmatic about considering height and gender, too. But any cardio surgeon worth their salt is already taking that into account.”

Dr. Michael Acker, chief of cardiac surgery at the University of Pennsylvania Health System, said he and colleagues look at dozens of factors when seeking a donor for a particular patient. These include age, height, weight and sex of the donor; how well the donor heart is functioning; the donor’s mode of death and if there was trauma to the heart or evidence of infection.

“You have to do a risk-benefit analysis every time you accept or decline a donor,” Acker said.

Reed said the study results have prompted him and his colleagues to propose a new way of allocating organs. They believe it will better match donors and recipients than the existing weight-matching method — a more refined method that does still incorporate weight but also considers age, gender and height.

“It’s not about pairing the perfect heart with the perfect person, it’s about not giving too small of a heart,” Reed said.

Acker said, however, that using a smaller heart might be the best option for a transplant patient in some cases. “It’s the wrong thing to say we can now never do this. We don’t want to limit our donor pool any further.”

Sometimes a smaller heart is the best choice because waiting for a bigger, more appropriate-sized heart is a luxury the patient can’t afford, Acker said.

Visit the U.S. National Library of Medicine to learn more about heart transplantation.