Skip to content
WeeklyMD > Blog > Infectious Disease > They’re on the Frontlines of the U.S. Vaccine Rollout

They’re on the Frontlines of the U.S. Vaccine Rollout 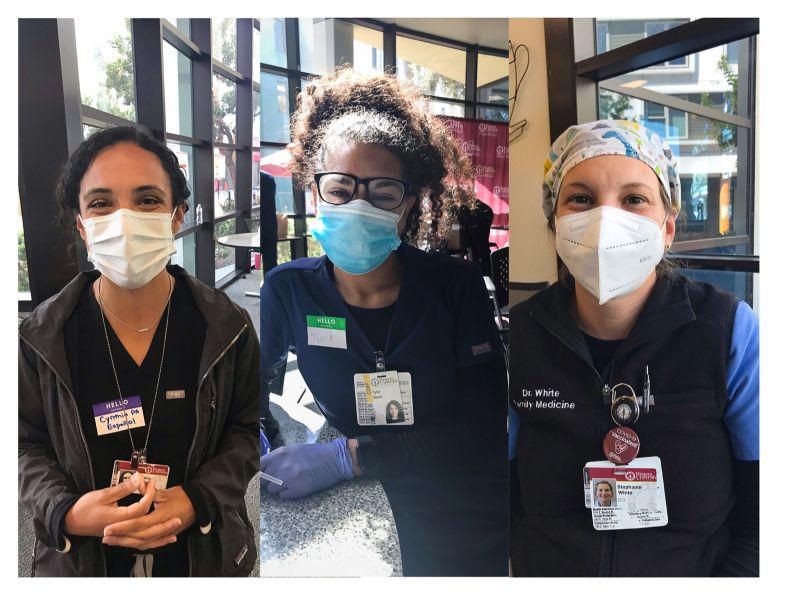 THURSDAY, April 22, 2021 (HeathDay News) — April 16 was the first day that any Californian aged 16 or older became eligible to get the COVID-19 vaccine.

And at a bustling vaccination center in Pomona, Calif., 16-year-old Ashley Madera was in line to get her first dose of the Pfizer vaccine.

“I think that this vaccine is effective,” said Madera, who lives in nearby Rancho Cucamonga. “When I did my own research I thought, why not just take it?”

“It was pretty easy,” she added. “It was really, really fast. I came right after school and it was max about 20 minutes.”

The center, located on the campus of the Western University of Health Sciences in Pomona, saw 400 to 500 people get the Pfizer shot in their arms on April 16.

For some, it was that long-awaited first dose; for others, the second dose that can give them near-total protection against the new coronavirus. Most recipients came from the local community, which has a large Hispanic and Asian American component.

Small victories against the coronavirus like Madera’s are playing out at thousands of vaccination centers across the United States.

And while the process looks — and was — easy for her, setting up a high-throughput vaccine administration center is anything but easy, said center co-organizer Dr. Stephanie White.

She’s chief medical officer at Western, and her enthusiasm for the project — which she began with pharmacist colleague Dr. Preeti Kotha (also of Western) — is infectious.

“Because we are an academic learning institution, we have a love of learning. Iterative progress and change is part of our culture,” White said.

A thousand shots a day

Like all physicians, White and Kotha had, of course, delivered flu shots or pediatric vaccines to patients. But immunizing hundreds of people a day? That was a whole new level.

Initially it was tough to even get a supply of vaccine, White said, because quantities were limited and earmarked for large “mega-pod” distribution sites first.

But in early February, the Pomona team got their first batch of 1,000 Pfizer shots.

White and her core team volunteered first at other centers to help gain an understanding of “what worked and what didn’t” — things like getting information out to the public, then dealing with the “flow” of people, which involves reception/intake, the actual vaccination and then a short period of post-vaccine observation.

During their first test run in early February, “we just ran 60 people through,” White said, and her team focused on spotting “the bottlenecks, what’s confusing to people, the signage.” Then they kept revising the process until they got it right.

So, soon after launch, “we went from being able to do 100, 200 a day up to over a thousand a day pretty comfortably,” White added.

Overall, there’s a core logistics team of medical and nonmedical Western personnel running things, then another group of about 20 medical students volunteering to help with vaccinations. Finally, there is an ever-changing group of lay volunteers who help guide vaccine recipients through the process.

Tyler Beale is a first-year medical student at Western. Sitting at her vaccination station, a small basket of syringes filled with Pfizer vaccine at hand, Beale said she wanted to make sure that she was there “representing my institution, as well as to help out, because we are getting a lot of people coming through this clinic.”

So when folks express hesitation about getting a shot, Beale said, “I just encourage people to really educate themselves and allow themselves to make a fully informed decision.”

Success, and challenges ahead

Cynthia Hoang is a physician assistant at Western who has helped run the observation area at the clinic. It’s an area where people who’ve gotten the shot are asked to linger for 15 to 30 minutes in the rare event that any reaction might occur.

Hoang said there’s been an encouraging change in the types of people lining up over the past two months. In the early days, the center was seeing an influx of white people with addresses in tony Los Angeles neighborhoods like Bel Air or Beverly Hills, more than 60 miles away.

But as the center’s outreach pivoted to target local-area bodegas, markets and schools, that began to change and more people of color and local residents began to flood in.

“I’m very happy to see that, obviously. I think that the word has gotten out,” said Hoang, who comes from the Hispanic community.

She believes resistance to the vaccine among communities of color is crumbling.

“I can say that for me, personally, in my family, I think it was just seeing other people around them get [the vaccine],” Hoang said. “The more and more people are vaccinated, and the more that we see that, ‘Hey, everything is turning out alright,’ then other people are encouraged to do so as well.”

According to White, the vaccination effort is evolving. In fact, she’s already seeing signs of a slowdown in uptake as the percentage of folks who’ve been eager to obtain a shot have succeeded in doing so.

“This has been anticipated by all the public health officials, that we’re going to hit a plateau and then there’s going to be sufficient access but significant vaccine hesitancy,” White said.

White male Republicans now make up a large proportion of these vaccine holdouts, she added. “I think the media has covered this, but we’ve seen it in medicine also,” White noted.

And there’s another problem looming for vaccination centers across the country: a lack of volunteers.

When vaccines were incredibly tough to nab, “people were knocking down the walls to get in to volunteer,” White said, because a key perk was that you got the shot yourself.

However, as the number of fully vaccinated Americans expands, “it’s been harder to track folks down [to volunteer],” she admitted.

Still, every vaccination is a “win,” according to White.

High school student and new vaccine recipient Madera agreed. And she said getting her shot wasn’t only about protecting herself.

“I just really want things to go back to normal as it could be,” Madera said. “And I think that the way to do it is that we just need to get vaccinated.” 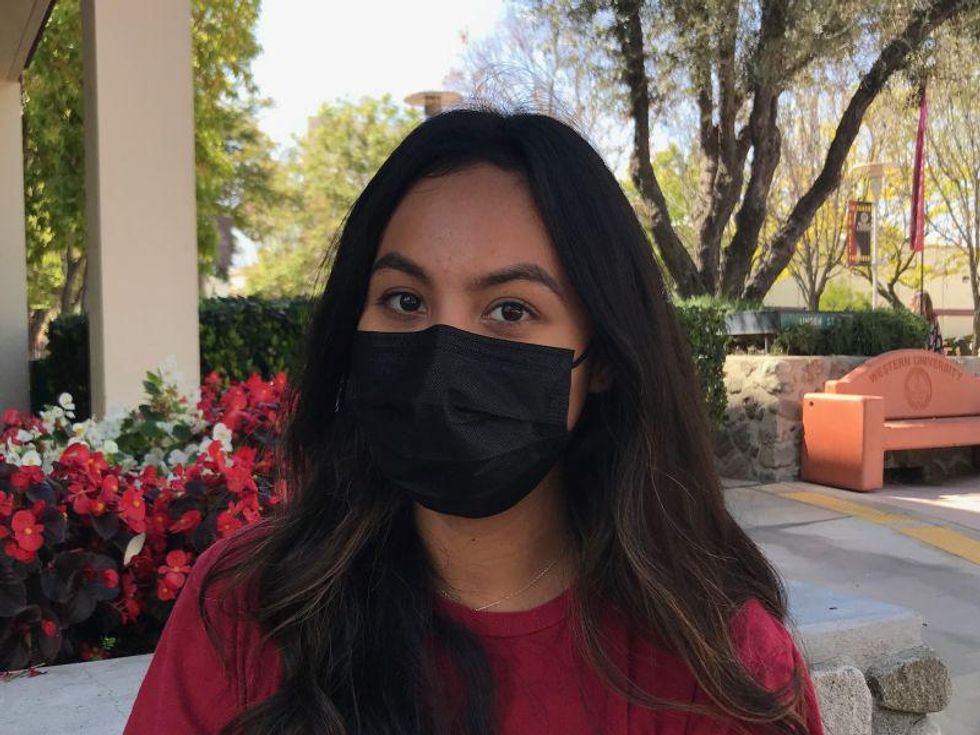 Ashley Madera just after her vaccination 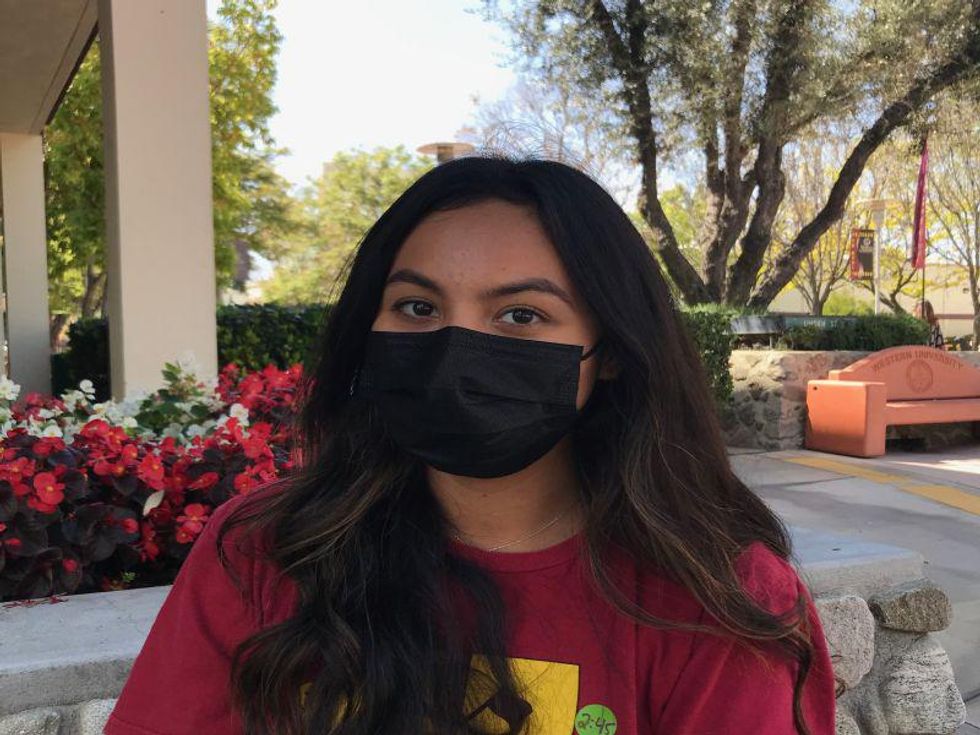 Want help on finding your own COVID-19 vaccine? Head to the CDC’s vaccinefinder.org