Drug Could Be a ‘Game-Changer’ in Fighting Esophageal Cancers

By: Weekly MD Team
In: Cancer 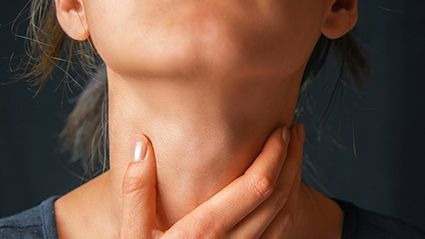 THURSDAY, April 1, 2021 (HealthDay News) — Patients who have surgery for esophageal cancer commonly see the disease return, but a drug that boosts the immune system may help delay or prevent that, a new trial has found.

The drug, called Opdivo (nivolumab), doubled the amount of time patients lived without a recurrence when it was given after surgery: from a typical 11 months, to 22 months.

Opdivo is already approved by the U.S. Food and Drug Administration for treating various advanced-stage cancers — including esophageal cancers that are inoperable and have spread to distant sites in the body.

Its use in earlier, operable esophageal cancer is not yet FDA-approved, but that could come as soon as April or May, Kelly said.

Even without formal approval, doctors are allowed to use the treatment. And they are using it, Kelly said: Guidelines have already added Opdivo to the standard of care for esophageal cancer patients at high risk of recurrence after surgery.

“Doctors can use this throughout the country now,” Kelly said.

Opdivo belongs to a group of drugs called PD-1 inhibitors, which are a form of immunotherapy. Immunotherapies encompass various approaches to enhance the immune system’s ability to seek and destroy tumors.

Tumors have various tricks to survive. One is to “upregulate” a protein called PD-1, which helps them hide from the immune system, Kelly explained. PD-1 inhibitors rob tumors of that strategy.

A number of PD-1 inhibitors are approved in the United States. But until now, the drugs — and immunotherapy in general — have largely been reserved for advanced cancers.

In this trial, Kelly’s team treated patients with relatively earlier-stage cancers that were operable, in a bid to lower the risk of recurrence.

He said the move to use immunotherapy earlier “really signifies the start of a whole new era in cancer care.”

The trial, published April 1 in the New England Journal of Medicine, was sponsored by Opdivo makers Bristol Myers Squibb and Ono Pharmaceutical.

It involved 794 patients from around the world who were treated for stage 2 or 3 cancers of the esophagus (the tube through which food passes to the stomach) or the gastroesophageal junction (the point where the esophagus and stomach join).

All underwent standard treatment: chemotherapy and radiation, followed by surgery.

Over two years, Opdivo patients were nearly one-third less likely to have a recurrence or die, and those cancer recurrences were typically delayed.

All of the trial patients were considered to be at high risk of a recurrence because there were still some signs of the cancer in their tissue samples after surgery.

And that’s a common scenario, Kelly said: 70% to 75% of patients do not have a “complete response” to standard treatment.

“This trial really is a game-changer,” said Ilson, who wrote an editorial published with the findings. “It’s the first real advance in the field in several decades.”

The drug’s effects on overall survival are not yet known. But Ilson said the doubling in “disease-free” survival will almost certainly prolong some patients’ lives, and “likely increase the proportion who are cured.”

Quality of life is a big concern, too. Kelly said the trial found no red flags as far as safety: The side effects were as expected — most commonly fatigue, diarrhea and rash, which affected 10% to 17% of patients.

And overall, patients on Opdivo had the same quality-of-life ratings as placebo patients.

Still, Opdivo and other PD-1 inhibitors are highly expensive, with list prices of several thousand dollars per infusion.

Ilson said that insurers generally look to treatment guidelines from the National Comprehensive Cancer Network (NCCN) in making coverage decisions. And the NCCN has endorsed Opdivo for patients like those in the trial.

The American Cancer Society has more on esophageal cancer treatment.