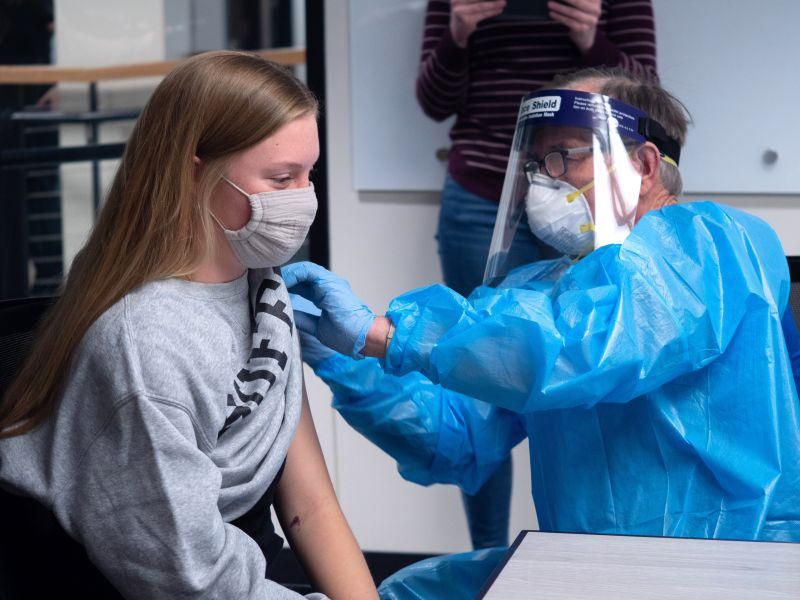 THURSDAY, April 1, 2021 (HealthDay News) — It’s the question everyone wants answered because reopening the world depends on it: Can coronavirus vaccines stop transmission of the virus?

Now, 21 universities across the United States are teaming up to find out.

The project, called Prevent COVID U, was started by the COVID-19 Prevention Network housed at the Fred Hutchinson Cancer Research Center in Seattle.

The study includes healthy 18- to 26-year-old students who are randomly assigned into immediate or later vaccination groups. Both will receive Moderna shots, with the latter group not getting jabs until July. All 12,000 participants will take daily nasal swab tests, provide periodic blood samples and identify close contacts, all to help researchers determine if the vaccine prevents transmission.

“If you want to know if someone’s able to spread the virus, you want to be able to do more than just detect the virus, right?” explained Dr. Kartik Cherabuddi. He is a professor of epidemiology at the University of Florida and the school’s lead researcher on the study.

“If you’re infected, you can say, OK, there is some virus shed. But does that truly mean it’s at an amount that can be transmitted to another person? And that’s where once I get enrolled in the study, I ask my roommates, colleagues, classmates to also enroll with me, the people I spend the most time with. They’re not followed as rigorously as the main study participant is, but they do have a few things that they would continue to record and register,” Cherabuddi said.

On Monday, President Joe Biden announced that 90% of all U.S. adults will be eligible for vaccination by April 19, and that 200 million shots will be administered in his first 100 days in office. Knowing this, students are still signing up for the study even though there’s a 50% chance they won’t get inoculated for months — likely long after most of their friends and family members receive their doses.

Dr. Chris DeSouza is head of Colorado University’s arm of the study. “So far, we’ve had an excellent response from the CU Boulder students,” he said. DeSouza is director of the school’s Clinical and Translational Research Center. 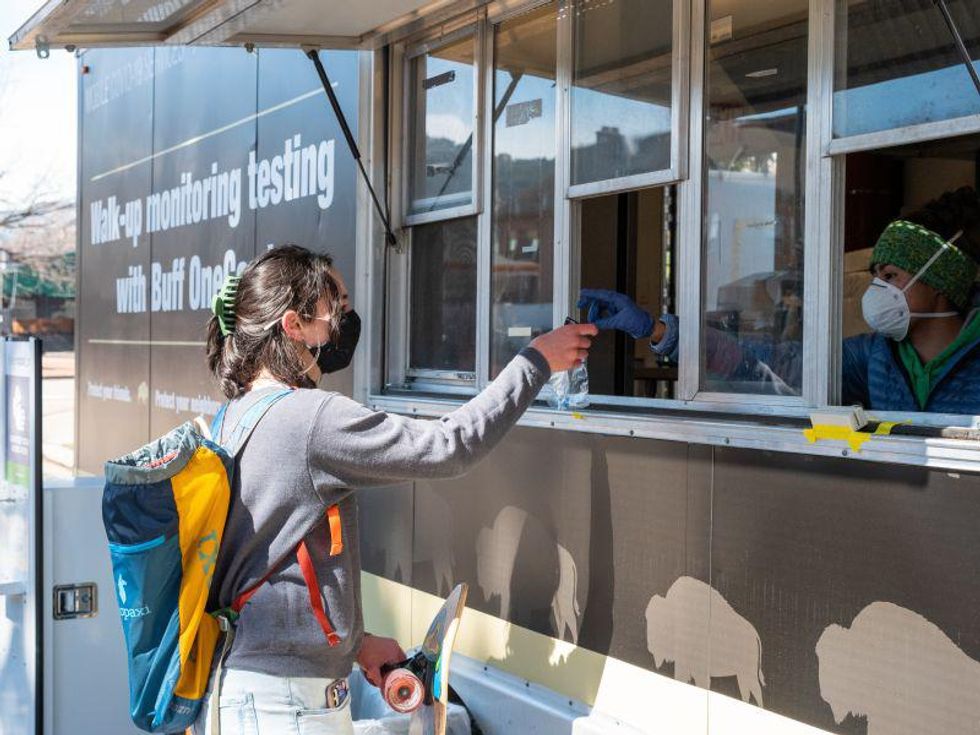 Participants in the CU Boulder study

“We’ve received numerous emails that we’re working through to get them started. It’s been really nice to see because they’re really interested in doing something to help. It’s not so much of, ‘Oh, I get to get the vaccine.’ It’s, ‘We understand what the study is, and we would like to be involved and be part of the solution in the long term,'” DeSouza added.

Chase Willie, a senior at the Boulder campus, was never quite sure how projects like this worked.

“I was telling my Dad, I’ve always wondered who’s a part of these studies, because you hear about them on the news,” Willie said. “I’ve always been like, ‘Who are they talking to?'”

So, when Willie’s girlfriend forwarded him an email about Prevent COVID U, he decided to submit an application. The media design major then attended informational meetings about the study, and it was there he learned that participating could mean waiting to get jabbed until later in the year. But, by that point, he felt like he was part of something important and decided to stay in the trial.

“The study is kind of answering the big question that the whole nation is asking right now with these vaccines,” he said. “Once you’re vaccinated, can you still spread the virus on to other people? I think that’s a question that’s been in the back of my mind, too, and that I’ve been really curious to find out. So even if I wasn’t immediately vaccinated, it would have been really cool to be a part of a study that’s answering that.”

It turned out that Willie was assigned to the earlier group, and received his first Moderna shot last week.

Dr. Amesh Adalja, a senior scholar with the Johns Hopkins Center for Health Security, in Baltimore, said the study will benefit everyone.

“The main reason that it’s important is because it will really impact the way public health guidance is issued. We’re already getting [transmission] information from the U.S. Centers for Disease Control and Prevention data from health care workers, as well as the real-world data in places like Israel, where they’ve a highly vaccinated population,” Adalja said.

“We expect that this study will actually show that [vaccination] will likely have a positive result. But it’s important because [lack of transmission data] has been something that’s caused the CDC to be cautious about the activities that they say are safe versus not for vaccinated people,” he added.

Visit the U.S. Centers for Disease Control and Prevention for more on COVID-19 vaccines.