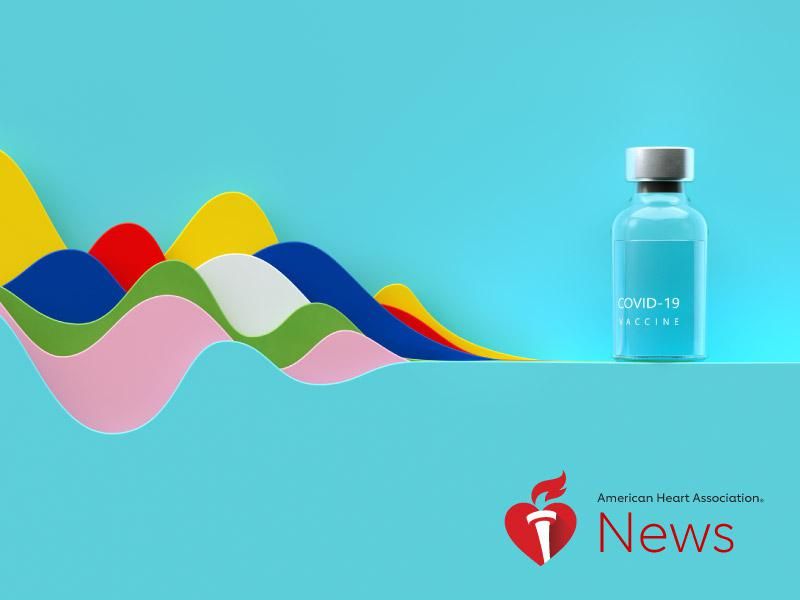 TUESDAY, April 27, 2021 (American Heart Association News) — The now-ended pause in use of Johnson & Johnson’s COVID-19 vaccine raised concerns about whether confidence might be rattled in vaccines and how they are monitored for safety.

Experts say it should do the opposite.

“I think this is a clear example that the system works, that there are many safeguards put in place after either a drug or vaccine begins to get use in the public,” said Dr. Ralph Sacco, chairman of neurology at the University of Miami. He also is editor-in-chief of the American Heart Association journal Stroke.

On Friday, the Centers for Disease Control and Prevention and Food and Drug Administration lifted the pause on the Johnson & Johnson vaccine shortly after a federal vaccine advisory committee recommended resuming its use, although with a fresh warning about the possibility of rare but serious complications from blood clots. The health agencies had put use of the vaccine on hold April 13.

“Safety is our top priority,” Dr. Janet Woodcock, the acting FDA commissioner, said in a news release announcing the pause’s end Friday. “This pause was an example of our extensive safety monitoring working as they were designed to work – identifying even these small number of cases.”

The U.S. vaccine monitoring system had multiple, overlapping layers even before the pandemic. The CDC and FDA are key players – the FDA makes initial decisions on approving a vaccine, and both agencies collect safety data – but the departments of Defense and Veterans Affairs, as well as the Indian Health Service, also take part.

“This entire system is in place in order to make sure that the vaccines that we think are safe based on initial studies continue to demonstrate safety after approval,” said Dr. Ann Marie Navar, a cardiologist and associate professor in the departments of internal medicine, and population and data sciences at UT Southwestern Medical Center in Dallas.

The system includes an alphabet soup’s worth of programs. Among them:

– The Vaccine Adverse Event Reporting System, or VAERS, is run by the CDC and the FDA. It is an early-warning process. “This is designed to be an open system meant to capture as many events as possible. Anybody can report any adverse event that happens after they receive an immunization,” Navar said. The six patients with blood clots who triggered the Johnson & Johnson vaccine pause were reported through VAERS.

“VAERS is where signals for rare events are first detected, which then leads to more systematic evaluations,” Navar said. But such reports aren’t proof of a problem. “If I got into a car accident after I got a vaccine, I could report that to VAERS. That doesn’t mean that it was the vaccine that caused it.”

– V-safe is a new, smartphone-based tool from the CDC that uses text messaging and web surveys to help vaccine recipients monitor for and report side effects. Sacco used it to report his own experiences after being vaccinated. It’s “a very systematic, standardized, personal approach to collecting information post-vaccine,” he said.

– The Clinical Immunization Safety Assessment Project, or CISA, is a collaboration between vaccine safety experts at the CDC and seven medical research centers to evaluate individual cases and conduct clinical research.

– The Vaccine Safety Datalink, or VSD, is another network of health care organizations that, with the CDC, uses electronic records to actively evaluate safety and monitor for side effects.

– The Advisory Committee on Immunization Practices, or ACIP, is the panel of experts selected by the U.S. Secretary of Health and Human Services that makes recommendations to the CDC about how vaccines are used. The voting members include experts in vaccinology, infectious diseases, pediatrics, internal medicine, epidemiology and other fields. Non-voting members include representatives from many professional societies.

ACIP has strict rules to avoid potential conflicts of interest with vaccine manufacturers, Navar said. “So you end up with a group of experts that are independent from any industry ties and who are motivated to make the best recommendations for the health and safety of the public.”

ACIP is the advisory committee that met Friday and recommended an end to the pause. The head of the CDC then had to approve that recommendation.

The speed with which experts paused the Johnson & Johnson vaccine after initial reports of a few possible problems – amid millions of administered doses – is a sign that things went according to plan, Sacco said. “I think the system did work.”

Even before U.S. authorization of the COVID-19 vaccines, they were thoroughly tested in clinical trials involving tens of thousands of people, Navar said. Possible rare side effects take time to show up because it’s only after millions of doses are given that a one-in-a-million problem can be spotted.

Put another way – if you’re worried about vaccine safety, the system shares your values, she said.

“The public should know that there are systems in place run by scientists and public health officials who share their low tolerance for vaccine safety problems,” she said, “and are going to do something about it as soon as something shows up.”

2021-04-27
Previous Post: U.S. to Share Up to 60 Million Doses of AstraZeneca Vaccine With Other Countries
Next Post: Head Injury, Alzheimer’s Appear to Affect Brain in Similar Ways